Iga Swiatek gallery: The incredible rise of the new World No 1 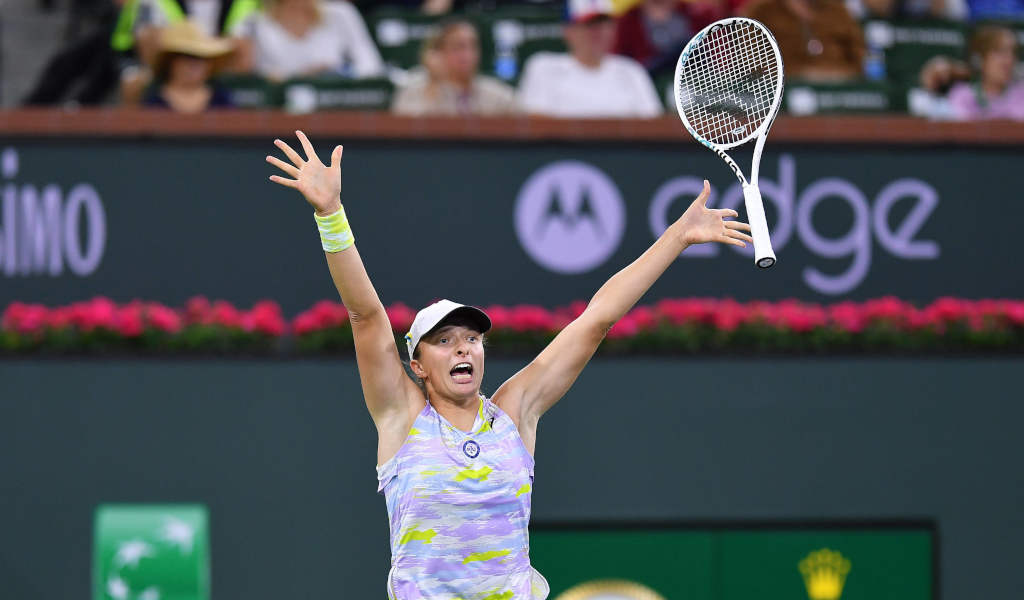 A second round victory at the Miami Open over Viktorija Golubic has ensured that Iga Swiatek will become the first Polish woman to be the WTA World No 1, when the rankings update after the tour’s current stop.

Swiatek needed only to win her first match in Miami to secure her ascension after the previous World No 1 Ashleigh Barty announced her shock retirement.

Swiatek was the French Open girls’ doubles champion alongside Caty McNally in 2018, and later that year won the Wimbledon girls’ singles title.

Swiatek earned acceptance into the main draw directly for the first time at the Ladies Open Lugano in April 2019 and went on to make the final of the event.

Swiatek also struck what was voted the 2019 WTA Shot of the Year on her way to the final at the Swiss National Tennis Centre.

Swiatek’s 2019 didn’t finish on the best note but 2020 would prove to be a massive year for the young Pole.

Swiatek’s finest hour to date came at the rescheduled French Open, when she became the first Polish player to win a Grand Slam singles title ever.

Swiatek was the lowest-ranked French Open champion in the history of the WTA rankings but she rose to No 17 in the world after her run in Paris.

A third trip to the Australian Open fourth round came at the outset of the 2021 season as tennis desperately sought a ‘new normal’ but soon after she claimed her first WTA Tour title in Adelaide.

In 2021 Iga Swiatek qualified for the WTA Tour finals for the first time.

Swiatek finally broke her fourth-round curse at the Australian Open in 2022.

Swiatek won her second WTA 1000 title at the Qatar Open continuing a fine run of form in 2022.

Swiatek remained unbeaten at WTA 1000 level in 2022, when she ran through the competition at the Indian Wells Tennis Garden to take home the BNP Paribas Open title and move up to WTA World No 2.