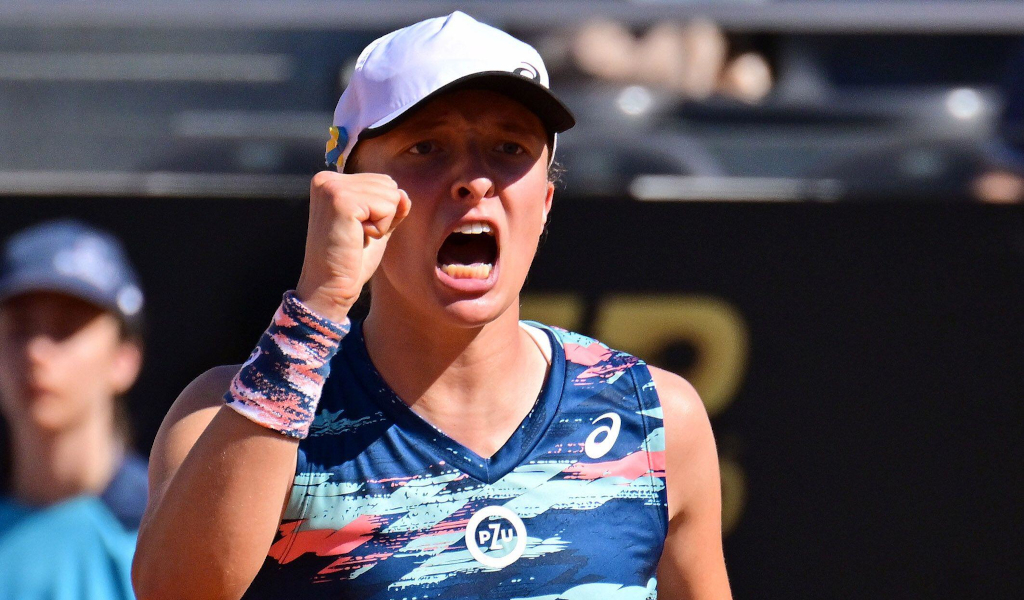 The Iga Swiatek steamroller cruised into the semi-final of the WTA Finals as the world No 1 eased past Caroline Garcia while Daria Kasatkina beat Coco Gauff to stay in the hunt for a last-four spot.

Garcia is one of the few players to beat Swiatek during the 2022 season, but there was no repeat of her Poland Open win as the three-time Grand Slam winner picked up a 6-3, 6-2 victory in one hour and 23 minutes to qualify as winner of Group Tracy Austin.

The win was also Swiatek’s 14th against top 10 players in 2022 while she has also won 14 of her last 15 matches to go with her 37-match winning streak earlier this year.

The Pole broke in game three, but Garcia was back on terms in the next game only for Swiatek to break to love in game eight.

A break in the opening game of the second set put the world No 1 ahead – although Garcia had three break points in the next game – and Swiatek ended any hopes of a comeback from the Frenchwoman with a second break in game seven.

“She was putting a lot of pressure and putting a lot of speed on her balls so I needed to get them back and hit them even better. I was ready for that,” Swiatek said during her on-court interview.

“We had really good tactics with my coach and they gave me the belief that I could dominate even though she is playing really, really well.”

Russian No 1 Kasatkina secured her maiden victory in the season-ending tournament as she defeated Gauff 7-6 (8-6), 6-3 after overcoming a sluggish start.

The match started with breaks in the opening two games and Gauff then built a 4-1 lead with a second break in game four, but Kasatkina drew level in game seven and, after another break each, it went to the tie-breaker with the eighth seed edging it.

Both players continued to struggle on serve with five consecutive breaks early on, but ultimately Kasatkina’s break in game six proved to be the crucial one.

“To win for the first time at the Finals is an incredible feeling,” Kasatkina said. “Obviously you want to win and go further in the tournament, so the motivation to win is there, but it’s not easy to manage the nerves and I feel it. I hope I can make it [to the semi-finals] in the next match.”

That next match is against Garcia in what will be a winner-takes-all encounter while Gauff and Swiatek will face off in a deadrubber.

“This is exactly what we face every single week,” Kasatkina added. “If you win, you advance, if you lose, you go home. … So it’s gonna be fun. The last tournament of the season for me and facing this kind of situation.”