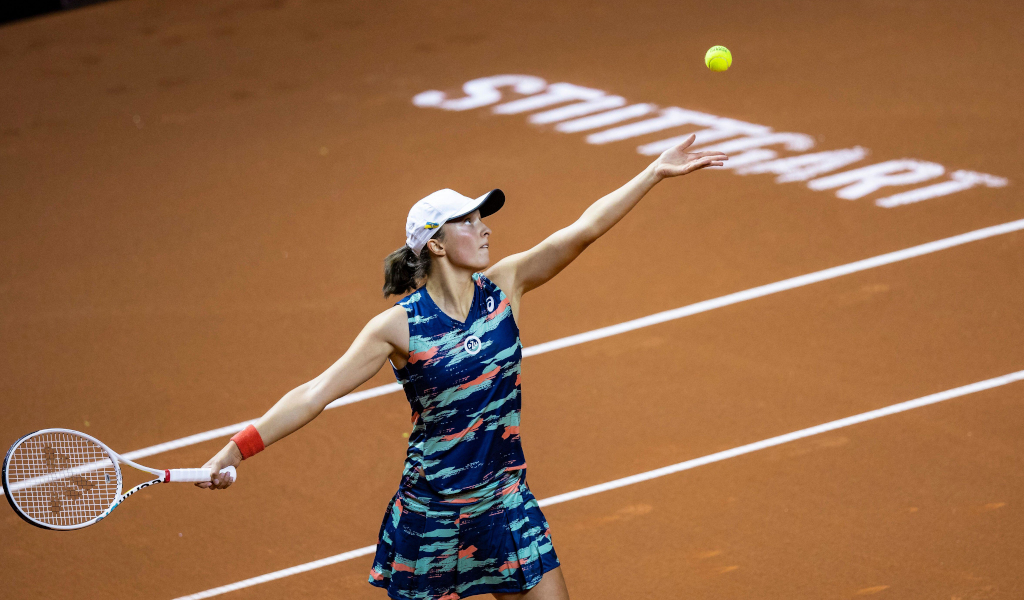 The Iga Swiatek steamroller took out Eva Lys in the second round of the Porsche Tennis Grand Prix as the world No 1 dropped only two games en route to her 20th consecutive win on the WTA Tour.

TWENTY wins in a row 🔥

🇵🇱 @iga_swiatek defeats Lys 6-1, 6-1 on her Stuttgart debut to progress to the quarterfinals!#PorscheTennis pic.twitter.com/bLynjBqWMb

“Eva battled for every point which didn’t make it easy for me. Even though I put her under a lot of pressure, she always came up with some great shots,” Swiatek said. “I had to be patient.”

Swiatek will face either lucky loser Tamara Korpatsch from Germany or eighth seed and US Open champion Emma Raducanu in the quarter-final.

Fifth seed Anett Kontaveit took down three-time Grand Slam winner and former Stuttgart champion Angelique Kerber, coming from a set down to win 4-6, 6-4, 6-3. Next up is Ekaterina Alexandrova.