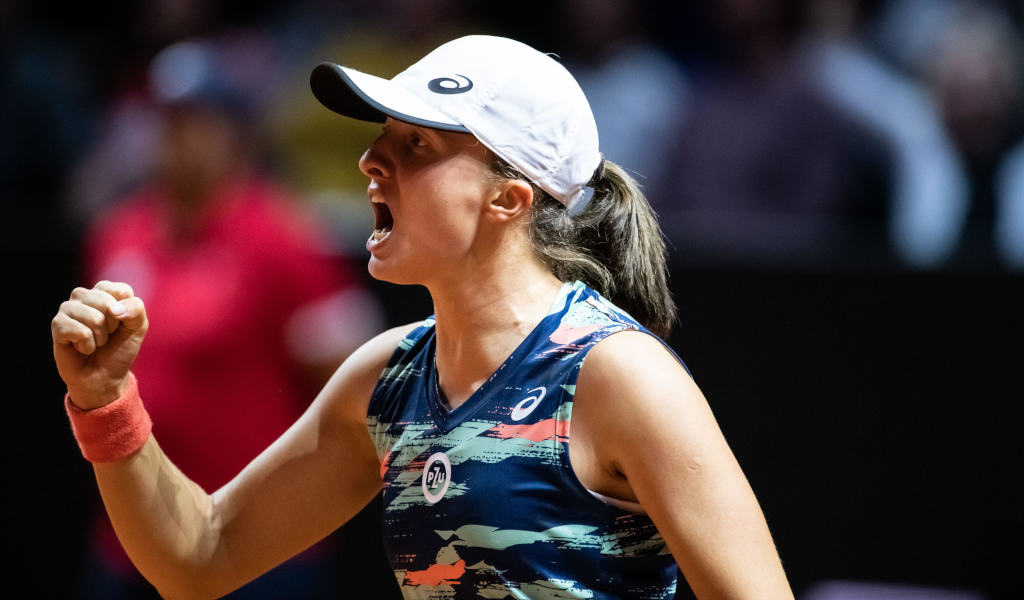 Iga Swiatek will face Aryna Sabalenka in the final of the Porsche Tennis Grand Prix in Stuttgart.

Swiatek took over three hours to down Liudmila Samsonova after dropping the first set in a tiebreaker.

🇵🇱 @iga_swiatek comes through a tense contest to continue her streak and reach the Stuttgart final!#PorscheTennis pic.twitter.com/296dH7Olvs

Samsonova was able to snap Swiatek’s 28-set winning streak when she secured a tiebreak victory at the end of the 71-minute opening stanza.

Swiatek struggled to come to terms with the power of Samsonova who was able to dissolve a 4-1 deficit after Swiatek started the second set strongly.

However, Swiatek produced a crunch deep return to snatch a decisive break and go 5-4 up in the second.

Swiatek kept the pressure on Samsonova riding successive rallies by the World No 31.

Sabalenka also had her early struggles but she would fight back to take the first set against Badosa in a tiebreak.

“In the beginning, I couldn’t find my rhythm, and then there was like nothing to lose,” Sabalenka said afterwards.

“She was up with a break. I kind of told myself in that game, ‘You have to work through it, you have to run and get everything you can, and just put her under pressure in that game.’ I did it well and I broke her back.

“That gave me a little bit more power and motivation to keep fighting for this set. And then with every point I played, I was feeling better and better, and I found my rhythm. But it was a tough match. There were a lot of break points for her, for me. It was ups and downs, and I am super happy that I was able to win this one.”

.
Despite the semifinal loss, Badosa will rise to a career-high position of World No 2 when the WTA Rankings are updated on Monday.

Sabalenka lost to Swiatek in Doha earlier this year but believes that she is ready to challenge the World No 1’s winning streak.

“That [Doha] match surprised me because [Swiatek] played super fast and super aggressive,” said Sabalenka. “In that match I was surprised in every point she was making.

The Porsche Tennis Grand Prix final will be the third meeting between Swiatek and Sabalenka with each having taken one prior contest.