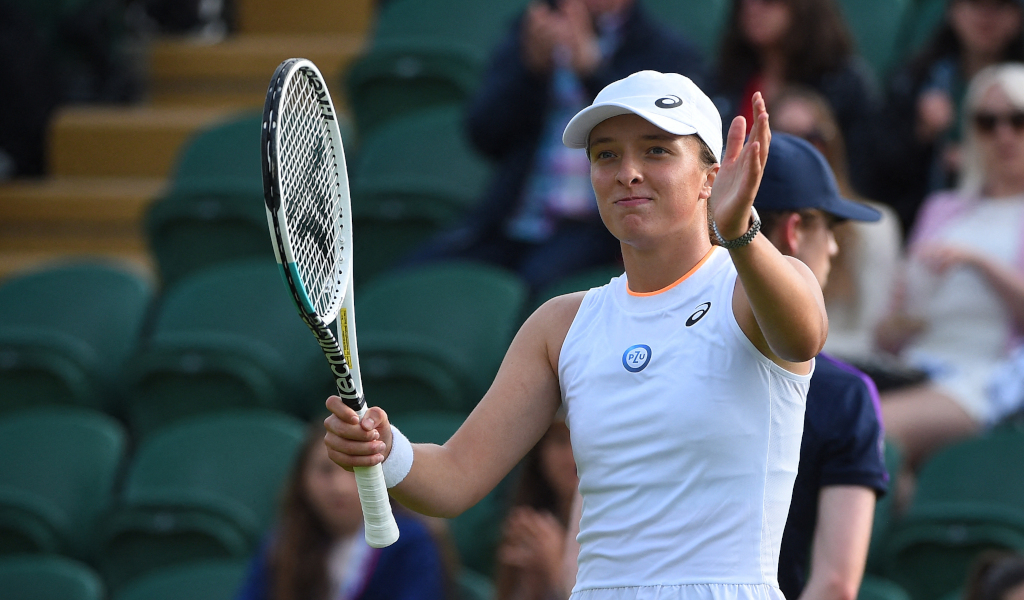 Iga Swiatek won her fourth career title at the Qatar Open last week and has risen to No 4 in the WTA rankings as a result, but she isn’t planning a wild party to celebrate, instead she just wants to drive her car.

So far the Pole has had a packed but positive season, reaching the semi-finals at the Adelaide International and then getting to the same stage at the Australian Open before she defeated Anett Kontaveit in the final in Doha to claim victory.

However this successful streak is exhausting the 20-year-old and her new aggressive style of play is taking it out of her so she needs to rest before Indian Wells gets underway in just over a week.

“Well, I’m not an expert on celebrating, maybe the celebration is actually not thinking about tennis in our lives that I think we have to cut everything off sometimes,” the French Open winner explained.

“So I’m going to have a few days when I’m going to see my friends, I’m going to use my driving license finally and drive the car in Warsaw a little bit, I just want to chill out, I’m not the kind of person who’s going to go to a party or something.

“I want to basically also physically come back fresh, this tournament was pretty hard for me physically – even though I played just two sets, I felt like this aggressive game is really intense for my body.”

Swiatek won her only Grand Slam so far two years ago at Roland Garros and she wasn’t perceived to be a heavy hitter at this early stage of her career, but she has switched up her style of play and is now taking a more aggressive approach which so far is paying off.

The Australian Open semi finalist said: “The thing is at the end I always thought, hey you can always come back to how you played before, but don’t waste time.

“If there is something you can actually improve or get better at, I was always the kind of person who didn’t want to waste time – why would I argue if I haven’t tried something? I just wanted to do that.

“I realised that maybe it makes sense but we will see, and I thought also, if it’s not going to make sense, then I can say, hey, I was right.”

Swiatek is next due to play at Indian Wells which kicks off on March 9.