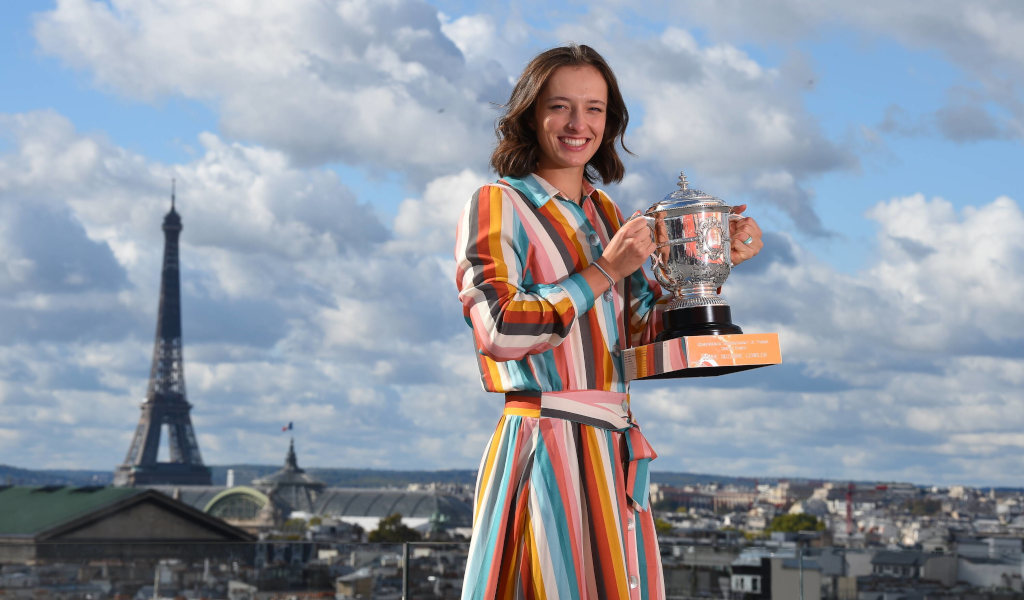 Former player Fabrice Santoro has described world No 1 Iga Swiatek’s all round style of play on court as unique and suffocating for her opponents.

Swiatek is fresh from winning both the Indian Wells Masters and the Miami Open, and both catapulted her to No 1 spot in the rankings, and was helped with the recent retirement of Ashleigh Barty.

These wins made her the first woman to win three back-to-back WTA 1000 titles and she’s currently on a 17 game unbeaten streak since she was beaten by Jelena Ostapenko in the second round at the Dubai Tennis Championships.

“In my opinion Swiatek is the only player today capable of winning a match by attacking or defending,” Santoro told L’Equipe.

“In general it is she who puts the pressure on her opponents, who attacks.

“She attacks with the service, on return of the second serve.

“It feels like her opponents are running out of oxygen because it’s going too fast, but she is also able to defend because she has exceptional physical qualities.”

The tennis world is about to head into the clay season, which could be described as Swiatek’s preferred surface as she won her only Grand Slam title so far at Roland Garros back in 2020, so her best could still be yet to come.

The 20-year-old is next due to play in the Billie Jean King cup qualifiers for her home country of Poland as they take on Romania on April 15 and 16.

But the Warsaw native is back playing on the WTA Tour at the Porsche Tennis Grand Prix, which is also known as the Stuttgart Open, which gets underway from April 18.

Swiatek has to watch her back though as world No 2 Barbora Krejcikova is 1,736 points behind her in the rankings and a small slip up could be significant – but that doesn’t look likely anytime soon.