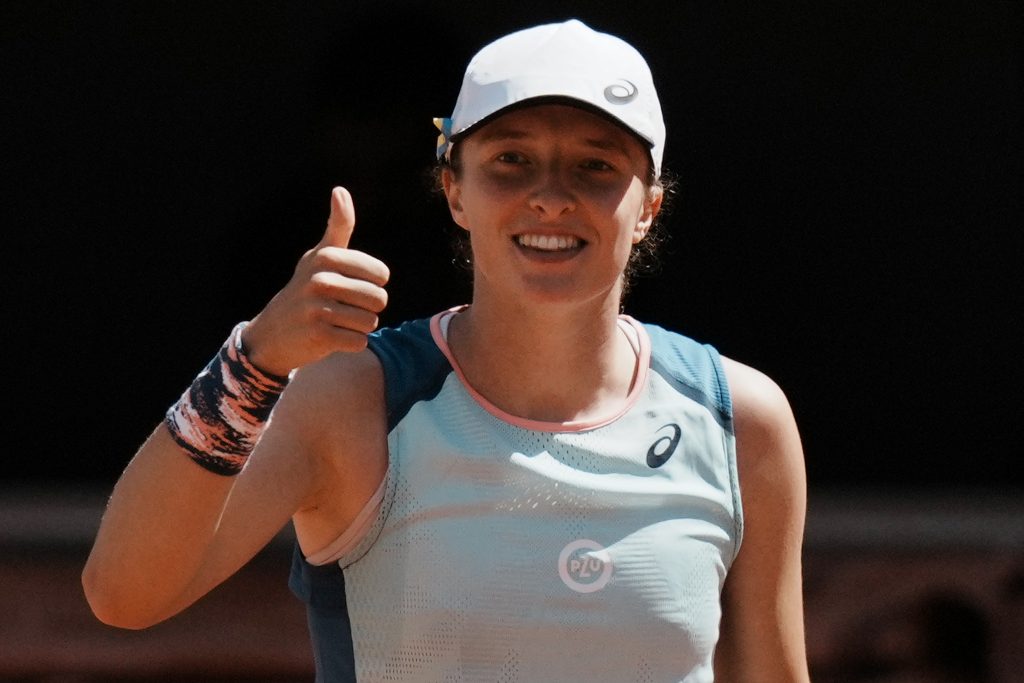 Swiatek appeared to have a step on the Romanian from the outset and claimed another straight sets win to rack up her 18th win in a row on clay.

The Pole is competing in her first home WTA Tour event, having missed the inaugural edition of the Poland Open in 2021.

Swiatek has not lost a match on clay since her 2021 French Open quarter-final defeat to Maria Sakkari.

She was the bolder of the two players, and her efforts resulted in 25 winners to the meagre three hit by Lee.

Through to the quarterfinals 💪

🇵🇱 @iga_swiatek defeats Lee 6-3, 6-2 and will face Garcia in the next round!#PolandOpen pic.twitter.com/tG3W79lVQx

Lee wasn’t completely overwhelmed, but her resistance only served to underline the excellence of Swiatek, who quickly went through the gears and adapted on the fly.

It seemed as though left-handed Lee might cause Swiatek some trouble given her unique game, but the WTA Tour’s great problem solver came up with a solution.

An error on serve from Lee at 3-3 in the first set turned the match on its head as Swiatek won three straight to take the opening stanza.

Swiatek’s serve had been flawless, and that trend continued into the second set until the sixth game when Lee was afforded a chance to break back and make it 2-4, but any hopes of a fightback were soon scuppered.

Lee hung on to hold serve to make it 5-2 before Swiatek successfully closed out the match to book a date with fifth seed Caroline Garcia.

Garcia and Swiatek have not met before on the WTA Tour, but the World No 1 is the heavy favourite.

The Frenchwoman powered past a familiar foe to reach the last eight in Warsaw.

Swiatek and Garcia are the two highest seeded players remaining in the draw.

The quarter-final lineup starts with a clash between Ana Bogdan and Laura Pigossi, followed by Jasmine Paolini vs Viktorija Golubic and Petra Martić against Kateryna Baindl before Swiatek and Garcia entertain the crowd in the main attraction on Friday afternoon.