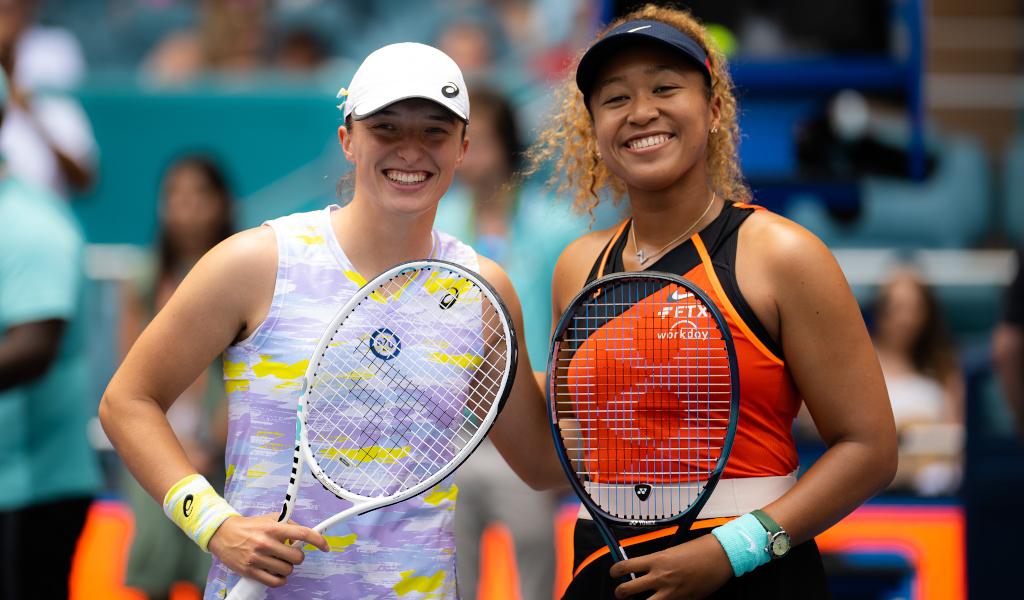 Iga Swiatek sees her rivalry with Naomi Osaka as a “positive” one as she is confident they will “motivate each other to be better and better”.

They have played each other twice on the WTA Tour and the head-to-head is 1-1 after Swiatek won the second installment of their budding rivalry with an impressive victory in the Miami Open final on Saturday. Osaka had won their first encounter in straight sets in Toronto 2019.

With Ashleigh Barty retiring and Venus and Serena Williams in the final stretches of their glorious career, women’s tennis needs fresh blood and rivalries.

Iga Swiatek ‘has charisma’ to be a great world No 1, but warned to ‘avoid the trap’ of having to impose yourself

Swiatek admits she is looking forward to battling on court with Osaka.

“When I say we’re going to have a rivalry, I mean it in a positive way, that we are going to compete against each other and actually motivate each other to be better and better,” she said.

“But for sure Naomi is the kind of person, I mean, she’s really nice and really humble and down to earth. I didn’t mean it like in a negative way that we are going to argue in the locker room or something (smiling), because that’s impossible to do that with Naomi. And I’m also not that kind of person who wants to have fight.

“I remember the final that she played against Serena, and I remember I was on 60K in Montreal in our friends’ house. I was – I won this tournament, but I remember that, you know, that wasn’t that kind of place I want to be at and I want to go further.

“But I was 17. It really struck me how she handled the pressure there and also the weird situation that happened on court.

“It was more, I had more emotions like I felt like she’s my idol, you know, right now, and I can really look up to her. In 2019 when I played against her, it kind of started shifting a little bit, and I realise that I can actually compete against those players.”

It has been a surreal couple of weeks for Swiatek as she has won three WTA 1000 titles in a row as she also claimed the Indian Wells Open and the Qatar Open titles.

Her success, coupled with Barty’s retirement has seen her rise to No 1 in the WTA Rankings.

When asked if she see the No 1 player in the world when she looks in the mirror in the morning, she replied: “When I wake up and look in the mirror, I see a mess basically (smiling).

“I’m still the same person, the same Iga. I want to stay that way. I mean, I had my biggest idols basically stayed the same way and they are the same people. I don’t want the success to change me like in a negative way.

“Obviously it’s going to give me a lot of confidence and like satisfaction. But in terms of me as a person, I’m still going to be the same.”