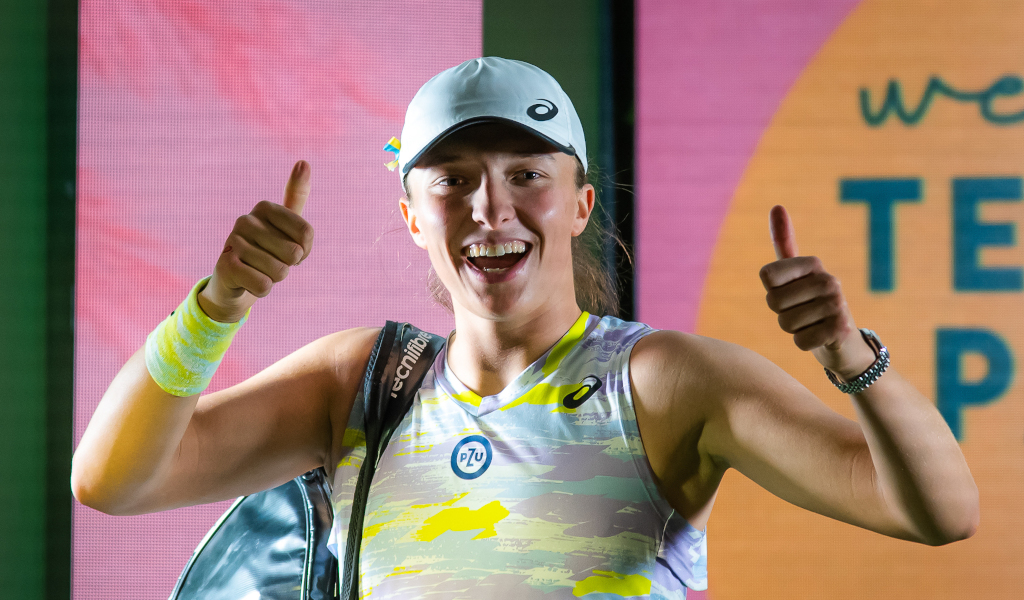 The world No 1 ranking was “never the goal” for Iga Swiatek, but now that it is in her sights it is “pretty surreal” with the Pole looking forward to the “cool experience” of competing against Ashleigh Barty.

Swiatek brushed aside Maria Sakkari in straight sets in the BNP Paribas Open final on Sunday to win her second straight WTA 1000 title following her success in Dubai in February.

The result also saw her move up to a career-high of No 2 in the WTA Rankings on Monday as she matched Agnieszka Radwanska as the highest-ranked Polish player. She is also the second Pole after Radwanska to win back-to-back WTA 1000 titles.

“I wasn’t really focusing on that. I didn’t even know that it’s possible at this tournament, so it’s kind of a new idea for me. Also, ranking is never the goal that I want to reach, so I don’t even know how to react,” Swiatek told WTA Insider.

“For the next couple of days, I’m going to be really happy about it, but right now, it’s pretty surreal. [Matching] what Aga Radwanska did, it means a lot for me.

“But right now, it seems like being even first in the world is more possible because earlier I was like, OK, I’m going to be playing tennis, but maybe I’ll be higher, maybe I’ll be lower. But being first? Now, it’s actually possible. So I gotta reflect on that a little bit more, but also keep doing what I was doing and not put pressure on myself.”

“It’s going to be a pretty cool experience to actually compete against her because I think she’s, like, one of the most complete players on tour. She has shown her mental strength. I think it’s going to be really exciting.”