Iga Swiatek to kick off her grass season at Berlin Open 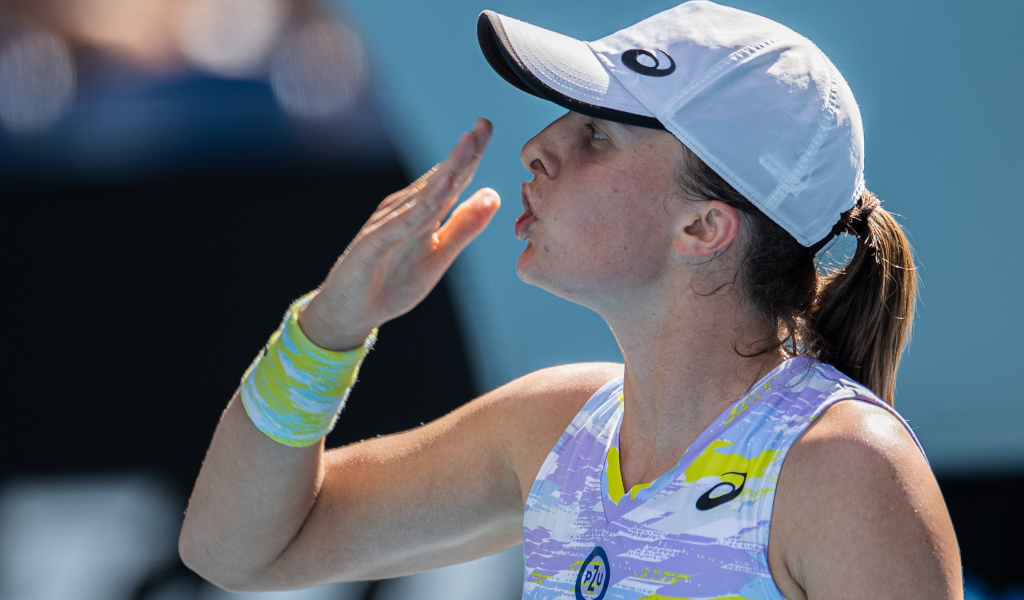 World No 1 Iga Swiatek is set to headline a strong field at the Berlin Open to get her grass court season underway.

Grass is the only surface Swiatek is yet to win a title on.

Swiatek will play in neither of the WTA 250 events, in Nottingham or S’Hertogenbosch, that follow the French Open.

Tournament director Barbara Rittner was proud to announce entries to the tournament from eigth of the top ten women on the WTA Rankings.

“This absolutely outstanding field shows the importance that Berlin now has in the world of tennis thanks to the bett1open.

“This high level of performance makes Berlin the center of the tennis world in mid-June,” said Rittner.

World No.3 Paula Badosa, No.4 Maria Sakkari, No.5 Anett Kontaveit, No.6 Ons Jabeur, No.7 Aryna Sabalenka, No.9 Danielle Collins, and No.10 Muguruza will all turn out on the manicured lawns.

Berlin will see the tournament debuts of Osaka and American teenager Coco Gauff both of whom confirmed entry well in advance.

Rittner said: “Naomi in particular chooses her tournament participation very carefully. Therefore, it is a great honor for Berlin and for all tennis fans in this country that she will compete at the bett1open. And it is a confirmation that the world’s best female tennis pros are once again drawn to Berlin. Talks are currently underway with female players. We will have an outstanding field of participants. But it’s just great to know that with Naomi Osaka, we have already an absolute top star playing in Berlin.”

CEO of bett1, Adam Szpyt said: “Naomi Osaka’s expressing her wish to be with us in Berlin reinforces our belief in the quality of the tournament and proves the importance of the bett1open in the tournament calendar of the world’s best female players.”

The Berlin Open has joined forces with PxP EMBASSY as its charity partner. In conjunction with the partnership, 500 Ukrainian refugees have been invited to the tournament’s opening ceremony, which will feature a children’s choir performance.

“During the bett1open, all eyes in the world of women’s tennis will be on Berlin,” said Franziska Giffey, Governing Mayor of Berlin.