Iga Swiatek focused on improving, not winning ahead of Toronto return 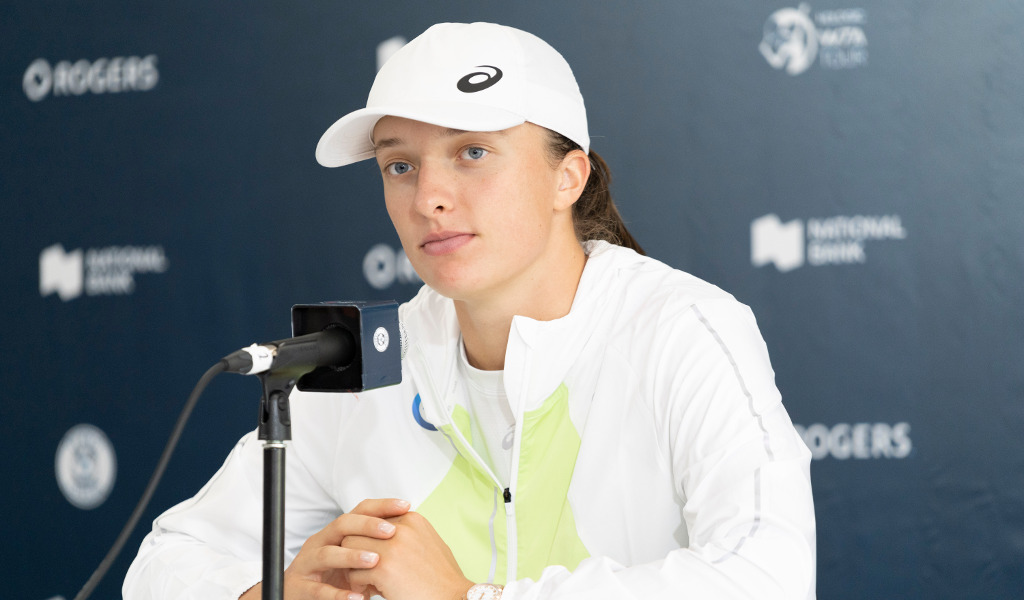 World number one Iga Swiatek has revealed when she first realized she could make a name for herself as a professional player.

During the 2019 National Bank Open in Toronto, the then-18-year-old qualifier Swiatek made her debut in the main draw of an event after winning two qualifying matches.

During her first-round match, Swiatek faced former number one Caroline Wozniacki and triumphed 1-6 6-3 6-4.

In the second round, she came up against another top-ranked player in Naomi Osaka.

Although Swiatek lost that match 7-6 (4) 6-4, she matched the Japanese star for much of the match.

Ahead of the start of the same event three years later, Swiatek enters the draw as the top seed and a two-time Grand Slam winner.

She recalled those two matches in 2019 as the point she was convinced she was on the right track with her career.

“Remembering that, I can see how much work I put in and how different I feel right now,” Swiatek said, per the WTA website.

“Every practice back then I was studying and seeing how I’m going to feel, seeing who I can play, who is too strong for me.

Swiatek will resume her season on hard courts in Toronto this week, a surface she’s last tasted defeat on in quite a while.

She is favourite for the title and had a streak of 37 wins on hard courts earlier this year, a run that started in Doha in February and continued in trophies at Indian Wells and Miami, but ultimately ended at Wimbledon on grass.

Ahead of her second appearance in Toronto, the Pole has won her last 17 matches on hard courts.

“I know there are many players who did even more, but I’m pretty proud of what I did in the first part of the season,” Swiatek added.

“I hope this gives me some freedom to play freely because I don’t have to prove anything. On the other hand, it can also pressure me, so I’m just trying not to think about what happened but prepare for what’s coming.

“We had time to practice a little bit more after Roland Garros and after Wimbledon. So I hope that I’ll implement those things.”