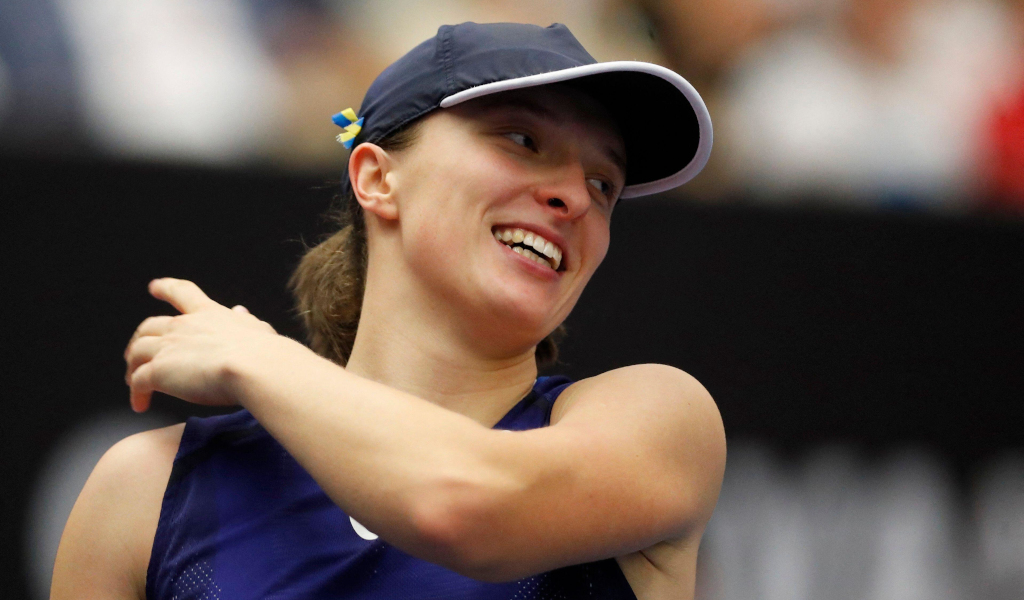 Not even jet lag could stop Iga Swiatek from producing yet another clinical display as she roared past Coco Gauff to book her place in the semi-final of the San Diego Open.

Following her run to the final at the Ostrava Open on Sunday, Swiatek had to dash from Europe to Southern California to compete in the WTA 500 event.

And she looked a bit tired as she needed three sets to beat Zheng Qinwen in the second round, but she had no such problems in the last eight as she took only 65 minutes to dispatch Gauff 6-0, 6-3.

She is now two wins away from capturing her eighth title of the 2022 season while she is up to 20 bagel sets for the season.

The world No 1 broke in the opening game of the match and it was one-way traffic for the rest of the set as she claimed two more breaks. Although the Pole also broke in the first game of the second set, Gauff put up some resistance before a second break in game nine sealed the deal.

“I just kept my focus and I’m happy that I stayed composed tonight,” Swiatek said. “It was one of those matches where I felt in control from the first point.

“I just wanted to be really efficient.”

The 21-year-old added: “I’m feeling better, every day is a new day to get some experience on these courts. The jet lag is getting better, and staying up tonight will help me fight it.”

Gauff, who is now 0-4 against Swiatek having also lost the French Open final earlier this year, summed up her performance.

“I felt like I was overplaying… with her you kind of sometimes feel like you have to overplay, just because she’s playing so good,” the 18-year-old said.

The American added: “I’ve lost to her so many times, and I just didn’t have it today. Each time I play her, I learn a lot, like that I overplayed on certain shots which caused me to make more errors.”

Up next for Swiatek is Jessica Pegula after the fourth seed defeated Madison Keys 6-4, 7-5.

“I don’t have any expectations, I’m just trying to be relaxed and play my game,” the three-time Grand Slam winner said.