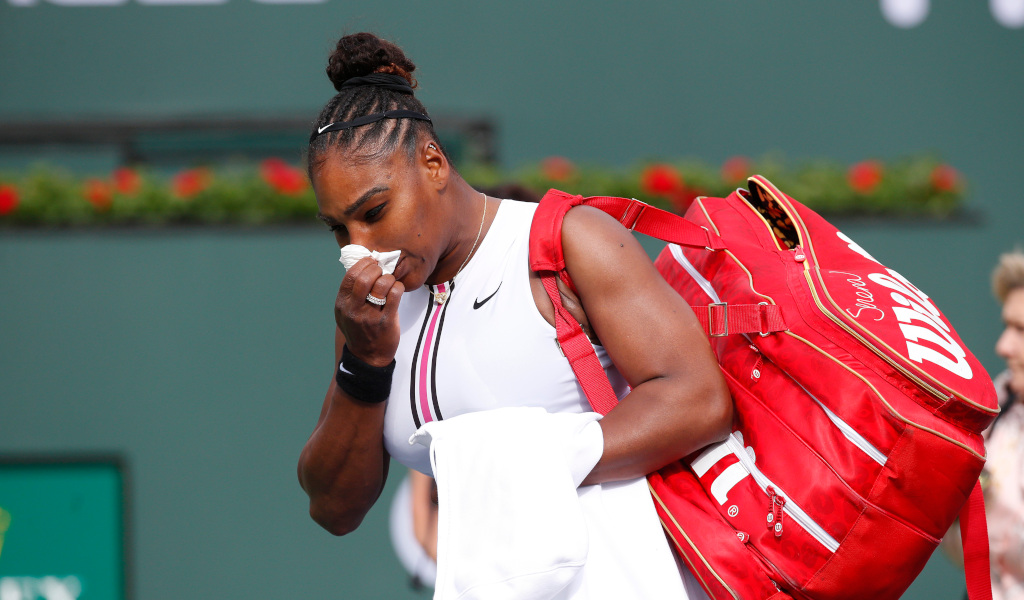 Serena Williams’ BNP Paribas Open campaign came to an abrupt end in the third round against Garbine Muguruza as she was forced to retire due to a viral illness.

Williams made a great start to the match as she won the opening three games, but then lost the next seven as two-time Grand Slam winner Muguruza took a commanding 6-3, 1-0 lead.

However, the 23-time Grand Slam winner threw in the towel shortly after as she was not feeling well.

What a shame – Serena Williams is forced to retire from the match with @GarbiMuguruza leading 6-3, 1-0.#BNPPO19 pic.twitter.com/SrbaekZg6C

“I think she started playing well, right away with her serve, with her shots, being very dominating,” Muguruza said after the match.

“I had to adapt a little bit my position in the court, the way I was hitting, and it took me a few games to kind of do it. Once I did it, I felt much more comfortable to be able to release my tennis.”

Second seed Simona Halep was made to work for her win, but ultimately came out on top against Ukrainian qualifier Kateryna Kozlova with a 7-6 (7-3), 7-5 victory.

“It was really difficult against her because I never played against her – it was a bit difficult to get a rhythm,” the Romanian said.

“When I was leading the match, she played without fear, I felt like she was playing much better in those game.”

Sixth seed Elina Svitolina had a more straightforward afternoon as she secured a 7-5, 6-4 win over Daria Gavrilova, but there was some good news for Australians as Ashleigh Barty beat Jennifer Brady 6-3, 6-2.