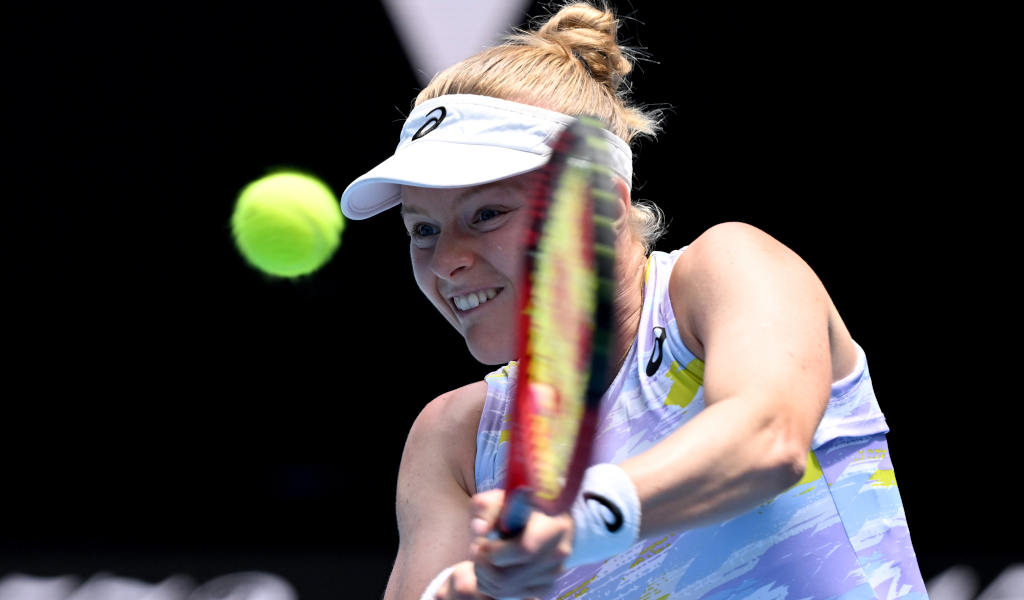 Great Britain’s Harriet Dart has progressed to the second round at the Indian Wells Masters after Ana Konjuh retired from their match trailing by a set and 3-1.

Svitolina enjoyed a bye through to the second round as one of the top seeds.

Dart’s progress to the second round could be enough to push her up to a career-high ranking.

British No 1 Emma Radacanu is set to face France’s Caroline Garcia in the second round.

Garcia defeated Ukraine’s Dayana Yastremska in a three-setter to book her place in the round of 64.

“I’m definitely pleased with the way I fought today and I stayed very positive every game.

“Having match points in the second set was really tough, but she played really well.

“Dayana is an amazing fighter and every time she’s behind, she’s playing her best tennis.”

Should Radacanu decide she is not fit enough to make their match, the Frenchwoman will advance to the third round at Indian Wells for the third time.

Earlier, the first main-draw victory of the tournament belonged to Estonia’s Kaia Kanepi.

Kanepi, playing for the first time since reaching the quarterfinals of the Australian Open, needed just 71 minutes to defeat reigning US Open girls’ singles and doubles champion Robin Montgomery, a teenager playing in just her third WTA main-draw match.

“I expected a tough match because I knew she’s serving and hitting hard, and I had to be ready for that,” Kanepi said after the match.

“I think overall, the game was quite good for a first-round match, except the second serve sometimes.”

“It’s always nice to be here. First round is always a tough match. Sofia is a great player and a Grand Slam champion. I didn’t play my best tennis but I tried to compete every single point,” Haddad Maia said after the match.