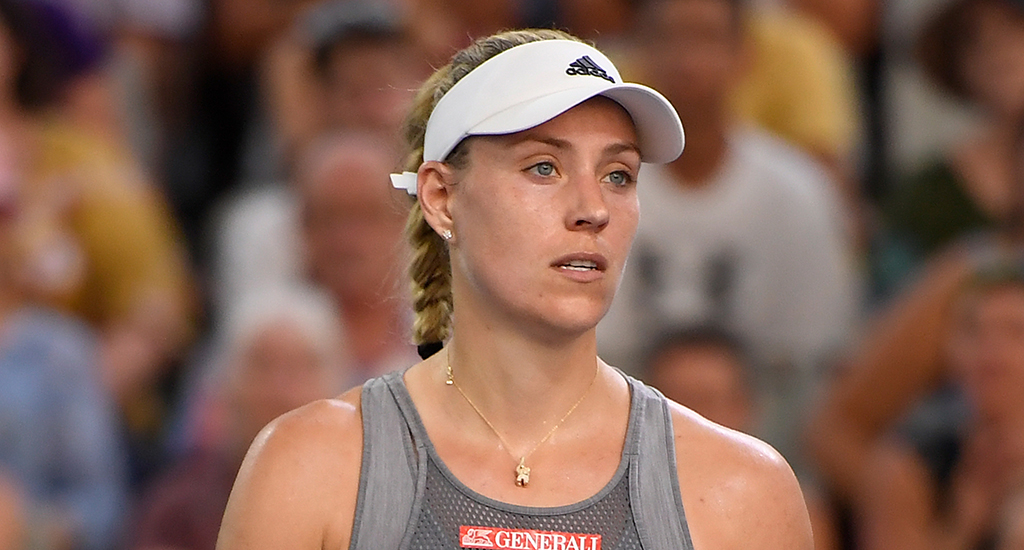 Ukrainian teenager Dayana Yastremska reached the quarter-finals of the Adelaide International after her opponent Angelique Kerber was forced to withdraw with a hamstring injury.

Yastremska had won the first set 6-3 against the German ninth seed and broke to lead 2-0 in the second before Kerber signalled that she could not continue.

Garbine Muguruza survived from match point down to edge past Tunisian qualifier Ons Jabeur 6-3 3-6 7-6 (4) in two hours and 23 minutes.

In a rain-affected match, Muguruza let slip an early advantage in the final set and a double-fault gave Jabeur a solitary match point at 5-6, before the Spaniard clawed back to win.

Top seed Elise Mertens had a much easier time as she breezed past Viktoria Kuzmova 6-1 6-0 to set up a last eight meeting with Britain’s Heather Watson, a 7-6 (5) 6-3 winner over Fiona Ferro of France.