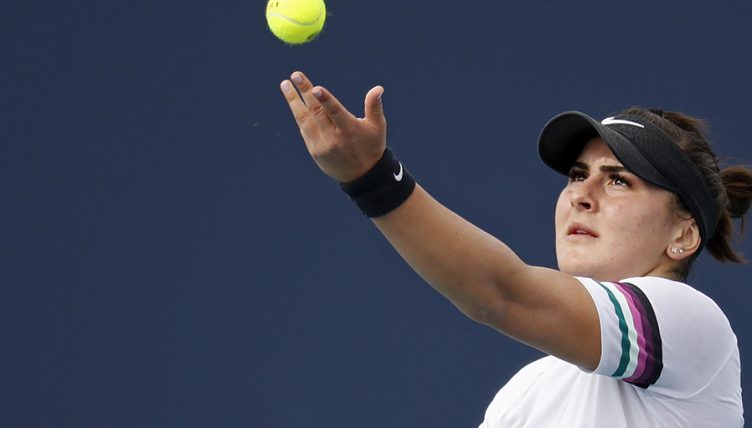 Bianca Andreescu finally ran out of the steam at the Miami Open, but Simona Halep continues to impress.

No one on the WTA tour has won more matches in 2019 than 18-year-old Andreescu, with the Canadian impressively winning Indian Wells earlier this month.

However, an injury to her right shoulder forced her to retire against Anett Kontaveit, who lead 6-1, 2-0 at the time.

“I’ve played so many matches,” Andreescu said. “I guess it’s just my body’s way of telling me it has had enough.

“The doctor said it’s nothing too serious, but the pain is there.”

“I’m pretty upset, but I really can’t complain, with what I’ve achieved.”

Simona Halep is safely through though after she beat three-time champion Venus Williams 6-3, 6-3.

Third seed Petra Kvitova is also in the next round after a rain-interrupted 6-3, 6-3 win over Caroline Garcia.

“I had a quick nap,” Kvitova said of the 90-minute rain delay, which was really helpful.”

Caroline Wozniacki is out though after losing to Hsieh Su-Wei, and Kiki Bertens lost to Ashleigh Barty.