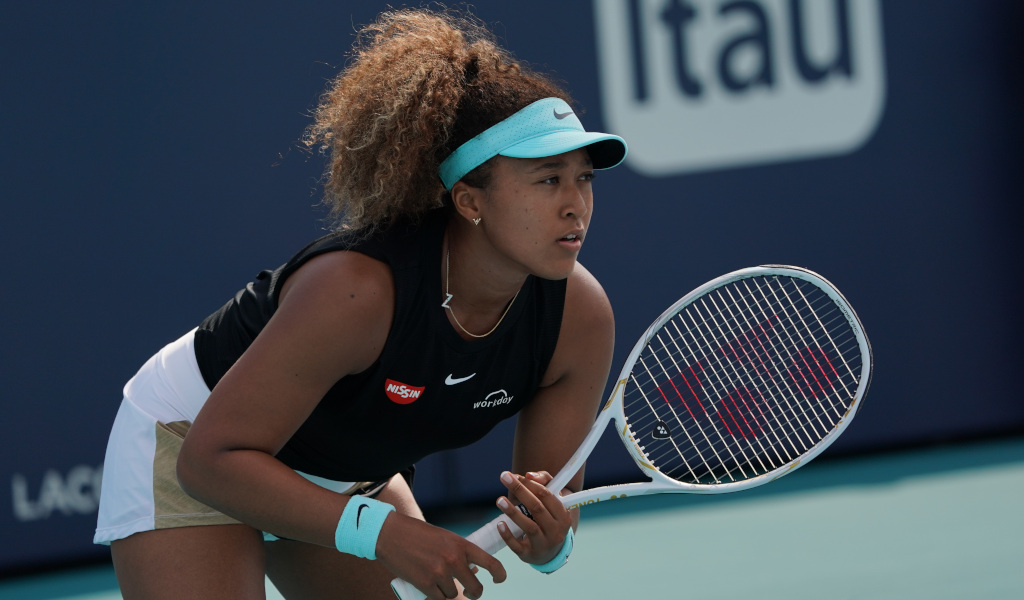 She has won four Grand Slam trophies yet up until this week Naomi Osaka hadn’t made it past the third round of the Miami Open. Naturally she was delighted when she finally broke her quarter-final duck.

However, she can finally add a quarter-final to her check list after she saw off the challenge of 16th seed Elise Mertens, claiming a 6-3, 6-3 victory to notch up her 23 consecutive win on the WTA Tour.

First quarterfinal in Miami ✨@naomiosaka extends her match winning streak to 23 with a straight-sets win over Mertens, 6-3, 6-3.#MiamiOpen pic.twitter.com/UoWOTuNrTY

The world No 2 broke twice in the first set and three times in the second, although the Belgian managed one break in each set.

“It feels really exciting,” Osaka said. “As a kid, I grew up watching players play here.”

She added: “It definitely feels very special. This is one of my favourite tournaments to play, and of course I’m sad I hadn’t been able to get to the second week the last times that I have played this tournament. But I’m here now, and hopefully it will go well this time.”

The Japanese will face Greek Maria Sakkari for a place in the semi-final after the 23rd seed scored a 6-4, 2-6, 7-6 (8-6) win over No Jessica Pegula from the United States.

In the top half of the draw, world No 1 Ashleigh Barty got the better of Victoria Azarenka as the Australian won 6-1, 1-6, 6-2.

“It’s just about staying in the fight,” Barty said. “It’s about not relenting, not giving up regardless of whether you lose a set or you get a break, whatever it might be. I think it’s just about trying to hang around and I’ve worked my backside off off the court to make sure that I feel like I’m good physical condition to play tennis.”

Next up is seventh seed Aryna Sabalenka after the Belarusian beat 19th seed Marketa Vondrousova from Russia 6-1, 6-2.