‘It was like a football match,’ says Simona Halep after edging Ons Jabeur in two-hour clash 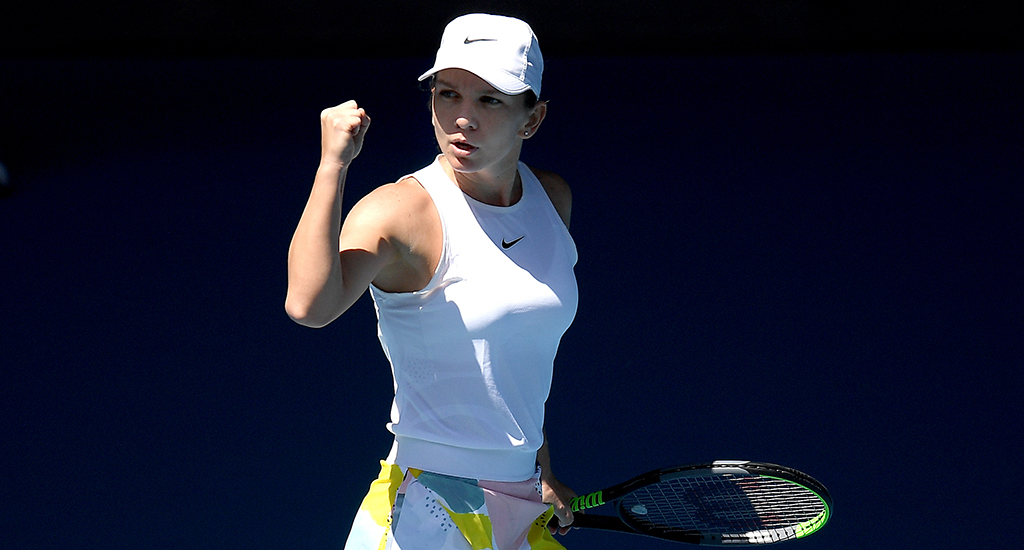 She doesn’t quite know how she survived, but Simona Halep is into the quarter-final of the Dubai Duty Free Tennis Championships after a brilliant comeback win over Ons Jabeur.

The top seed overcame a nightmare opening set and then saved a match point in the decider to squeeze past Ons Jabeur, winning 1-6, 6-2 7-6, (9-7) in exactly two hours.

In a match that had Tunisian and Romanian fans going up against each other in the stands, it was Jabeur who dominated the opening set with two breaks of serve, but Halep hit back in the second with three breaks, although the Tunisian got one break back.

Two-time Grand Slam winner Halep had the early advantage in the decider with a break in game two, but Jabeur was back level on serve in game seven and so it went to the tie-breaker.

Halep fought off the match point and won the final three points to take the match.

“It was like a football match or a Fed Cup match. I didn’t really realise what is going on on court. Everyone was with a lot of energy so we had to give our best. I think it was a great match,” she told WTATennis.com.

“The only one thing that you have to do when you don’t have rhythm during the match, just put your head down and fight for every ball. You never know when you can win an easy ball or a tough ball. What I had to do is just to fight. I’m really proud that I could do that.”

She will face Aryna Sabalenka in the quarter-final after the eighth-seeded Belarusian beat doubles partner Elise Mertens of Belgium 6-4, 6-3.

Second seed Karolina Pliskova had an easy day at the office as she defeated Kristina Mladenovic from France 6-1, 6-2 to set up a last-eight clash against Elena Rybakina.

“There’s a lot of things that I could have done better,” the former world No 1 said after her win.

“But I’m excited that I gave myself another opportunity to be in the quarters.”

The Spaniard will face Jennifer Brady for a place in the semi-final after the American, who stunned Elina Svitolina in the first round, beat Roland Garros runner-up Marketa Vondrousova 4-6, 6-4, 6-1.