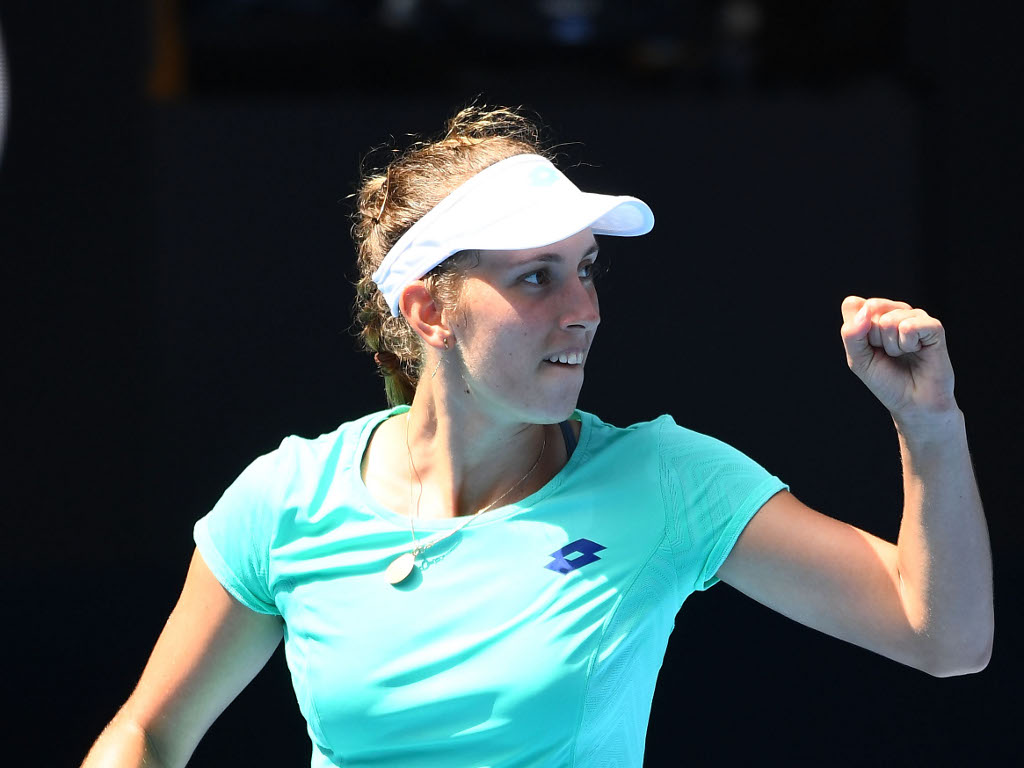 Elise Mertens and Aryna Sabalenka will contest the Samsung Open final after both came through two matches on Saturday.

With rain causing havoc throughout the week, players were forced to complete both their quarter-final and semi-final matches in the space of a few hours.

Mertens, who needed three sets to beat Mona Barthel in the quarters, came through another three-set match as she beat Vera Lapko 6-1, 4-6, 6-4 in just over two hours.

“It’s mentally tough [playing two singles matches in one day] and also for the body, which sometimes didn’t want to move that well today!” Mertens said.

“I pulled through against a really good player. She’s still young and a hard-hitter, so I had to stay aggressive. I’m happy with my performance today – and I still have to play a doubles match later!”

Sabalenka, meanwhile, first overcame Camila Giorgi from Italy 6-3, 6-0 and then secured her place in the final with a 6-4, 6-2 win over local favourite Stefanie Voegele.

The Belarussian was always in charge after claiming two breaks of serve early in the opening set and it was a similar story in the second set as she broke in games three and seven.