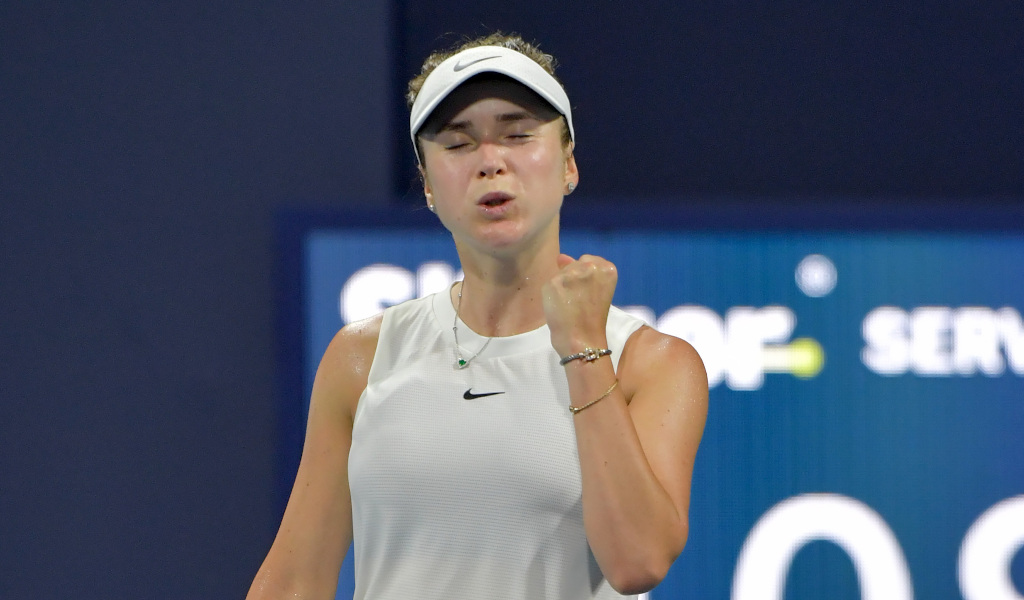 Elina Svitolina booked her first-ever Miami Open semi-final spot with an impressive win over Anastasija Sevastova, but she knows she will have to be at her best when she takes on Ashleigh Barty in her next match.

The fifth seed beat Sevastova 6-3, 6-2 in just 69 minutes to move into the last four at the Hard Rock Stadium.

Into her first #MiamiOpen semifinal! ✨

The No.5 seed @ElinaSvitolina secures her spot after defeating Sevastova, 6-3, 6-2. pic.twitter.com/yo3lNPwW6y

Both players struggled on serve in the opening set as there were five breaks with Svitolina edging it 3-2 and the Ukrainian improved her service game in the second set as she broke three times while only losing serve once.

Svitolina’s victory means she will face world No 1 Barty for a place in the final and she had nothing but praise for the Australian.

“I know Ash for a long time and we’ve played many times before,” she said. “She’s No 1 and it’s an amazing achievement for her. She’s improved massively in the last three, four years and she’s been at the top of the women’s game. It’s going to be a challenging match, but I’m ready for it.”