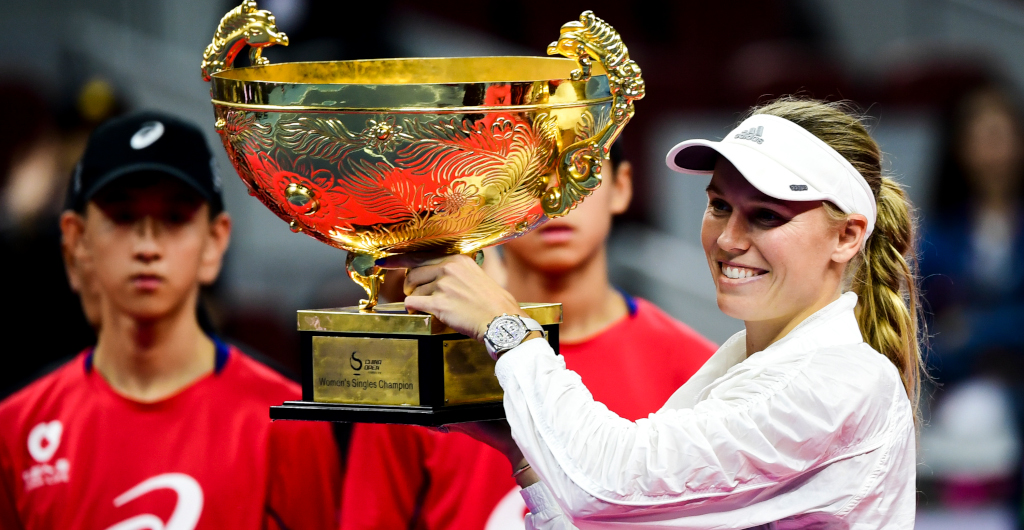 The reigning Australian Open champion secured a commanding 6-3, 6-3 win over the Latvian in one hour and 29 minutes to win her third title of the year having also won in Eastbourne.

The big 3⃣-0⃣!@CaroWozniacki captures career title No. 30 and second @ChinaOpen title with a 6-3, 6-3 win over Sevastova. pic.twitter.com/kfM1gSUOQX

Wozniacki came into the match without having dropped a set in run to the final and she kept that record going as she broke once in the opening set and three times in the second, although Sevastova managed to get one break back.

“China holds a special place in my heart. I became world No 1 for the first time here many years ago. I’ve had great experiences here,” the Dane, who also won the title back in 2010, said after the match.