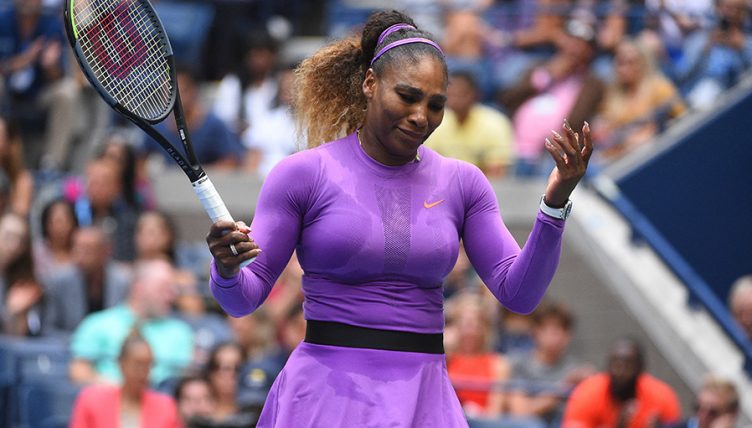 Serena Williams says she is not specifically chasing the Grand Slam record, but admits she is getting ‘super frustrated’ at her recent struggles to add to her tally.

Williams has been stranded on 23 Grand Slam titles since January 2017, and needs just one more to equal Margaret Court’s all-time record of 24.

However, Williams has missed four opportunities to hit that milestone, losing the last two Wimbledon and US Open finals to four different opponents.

“I’m not necessarily chasing a record,” Williams explained after her 6-3, 7-5 US Open final defeat to Bianca Andreescu on Saturday.

“I honestly didn’t play my best today. I could have played better. That’s the only solace that I can take right now.

“It’s very hard right now in the moment to, like, take this and say, ‘It didn’t work out for you today’.

“It’s really hard right now to take that moment in and to say, ‘You did OK,’ because I don’t believe I did”.

“I don’t know what to say. I guess I’ve got to keep going if I want to be a professional tennis player. And I’ve just got to just keep fighting through it.”