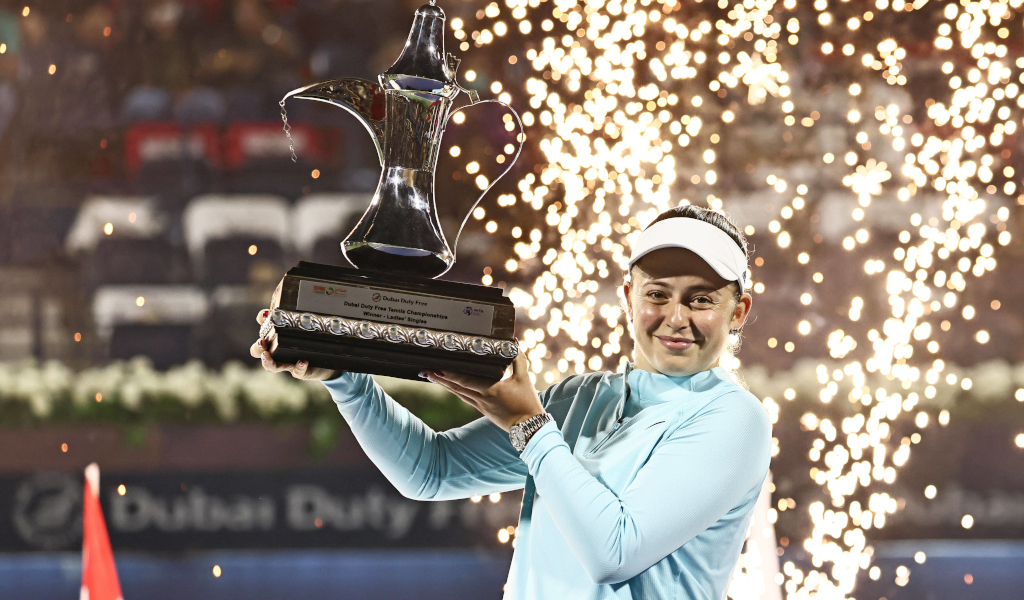 There was no stopping Jelena Ostapenko at the Dubai Tennis Championships in the end as she was the last player standing after defeating Veronika Kudermetova in the final to win her fifth WTA Tour title.

The 2017 French Open champion reached the final on the back of a four wins over former major winners including Sofia Kenin, Iga Swiatek, Petra Kvitova and Simona Halep.

And she completed the job with 6-0, 6-4 demolition of Kudermetova in just one hour and five minutes on Saturday.

The unseeded Latvian broke three times in the first set, but Kudermetova put up a fight in the second set with a break in the opening game.

However, Ostapenko drew level in game four and then edged ahead in game eight only for the Russian to hit back immediately. The Latvian, though, got the job done with a third break in the next game.

“I think I played really well today,” Ostapenko said. “In general, I’m really happy with the whole week, because it was very tough opponents I had to face every round.”