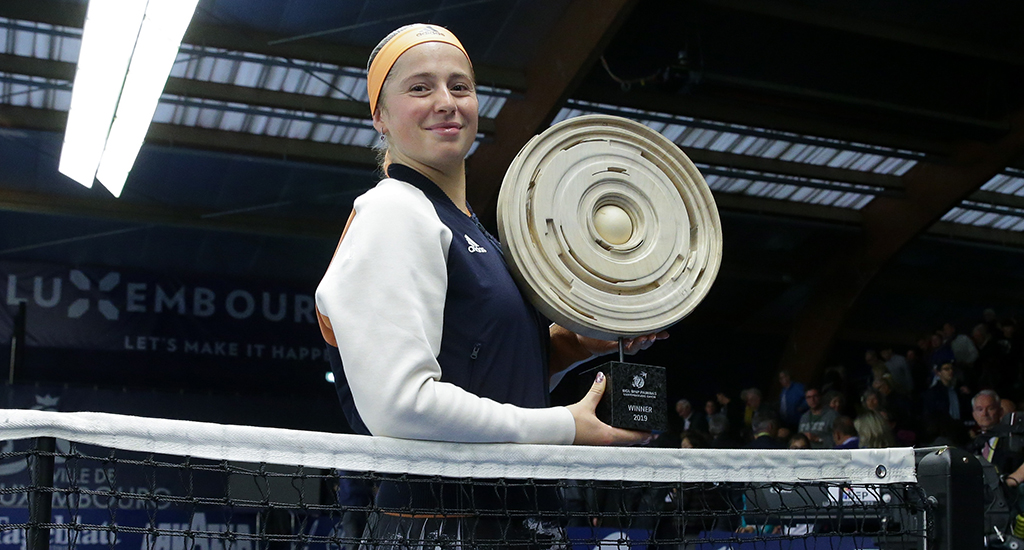 Former French Open champion Jelena Ostapenko continued her fine return to form as she powered past Julia Georges in the final of the Luxembourg Open.

The Latvian has been re-energised by new coach Marion Bartoli after sliding outside of the top 70 in the world this season, with her also reaching the final of Linz last week.

She managed to go one better in Luxembourg though, cruising past Goerges to claim a comfortable 6-4, 6-1 success – and her first title in more than two years.

Ostapenko said on wtatennis.com: “Of course it’s great to finish the season with winning a title, especially in the last tournament. I enjoyed this week so much, and I think I played really well today.”

At the Kremlin Cup in Moscow, Belinda Bencic finished off a week that saw her qualify for the WTA Finals for the first time by winning the title.

The Swiss had needed to reach the final to book her spot in Shenzhen, and ensured she would be heading to China with silverware after beating Anastasia Pavlyuchenkova 3-6 6-1 6-1.

Bencic said: “I had no pressure going into this match. We were so happy yesterday, celebrating, and this is the cherry on top.”