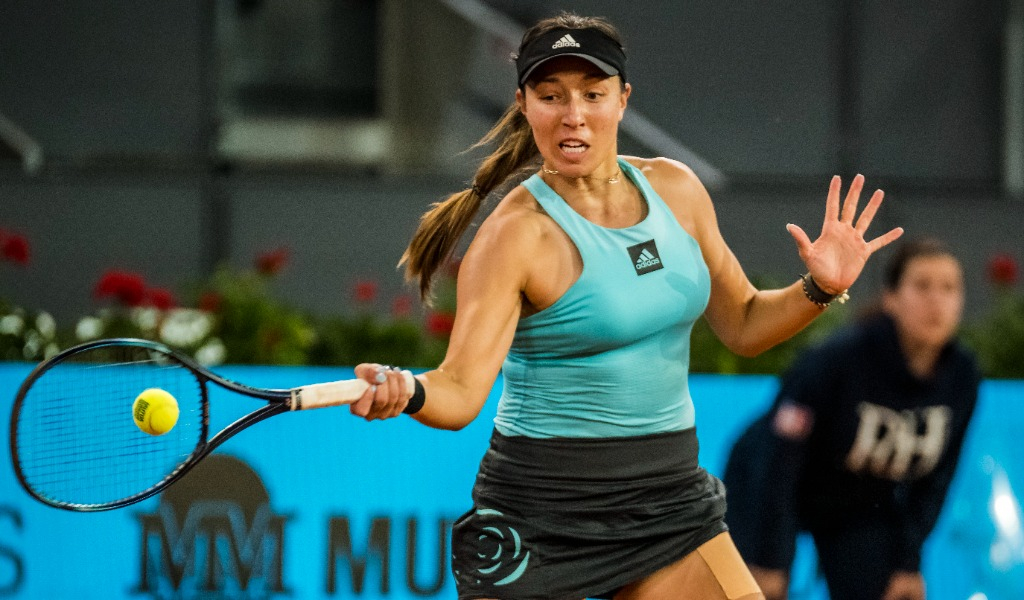 World No 11 Jessica Pegula lost to Ons Jabeur in the final of the Madrid Open last week but she’s still staying positive and has joked about achieving more wins on clay than the current world No 1 Iga Swiatek.

Tunisian Jabeur won her first WTA 1000 title in Spain after she beat the American 7-5, 0-6, 6-2, but Pegula isn’t feeling sorry for herself as she is currently 6-2 so far this clay season.

“Someone that I know that used to work with me was like, ‘I feel really good about where your game is at, you are playing really well,’ even when I lost Charleston'”, the 28-year-old told WTA Insider.

Ons Jabeur is the champion in Madrid.

The Tunisian star wins the biggest title of her career, defeating Jessica Pegula 75 06 62 to win her 2nd career title.#MMOPEN pic.twitter.com/Xvb1FH05Jb

“I’m like, ‘Yeah but it kind of sucks that I’m going through the clay season playing well.’ He was like, ‘Why would you say that? It’s a good thing.’ I’m like, ‘I guess so.’ I guess it’s a good thing, I definitely feel like I’m moving a lot better and that’s definitely a big difference compared to last year.

“I guess it’s a new experience going in as someone who is winning a lot of matches on clay, I think this might be the first time I can say I have won more than Iga, which might not last long, right? I will stick with that for today.”

After her defeat Pegula didn’t only explain what went wrong for her, but she also gave a lot of credit to her opponent.

“My first serve let me down today, obviously she wins a lot of points on the dropshots,” the New York born player explained.

“Besides that, it felt like at times I felt like I was playing better points, but her dropshots was pretty clutch today and her first serves when she needed them.”

Pegula kicks off her Italian Open singles campaign tomorrow when she plays Ludmilla Samsonova, and she also starts her doubles tournament tomorrow with her partner Coco Gauff and they are set to play Veronika Kudermetova and Anastasia Pavlyuchenkova.