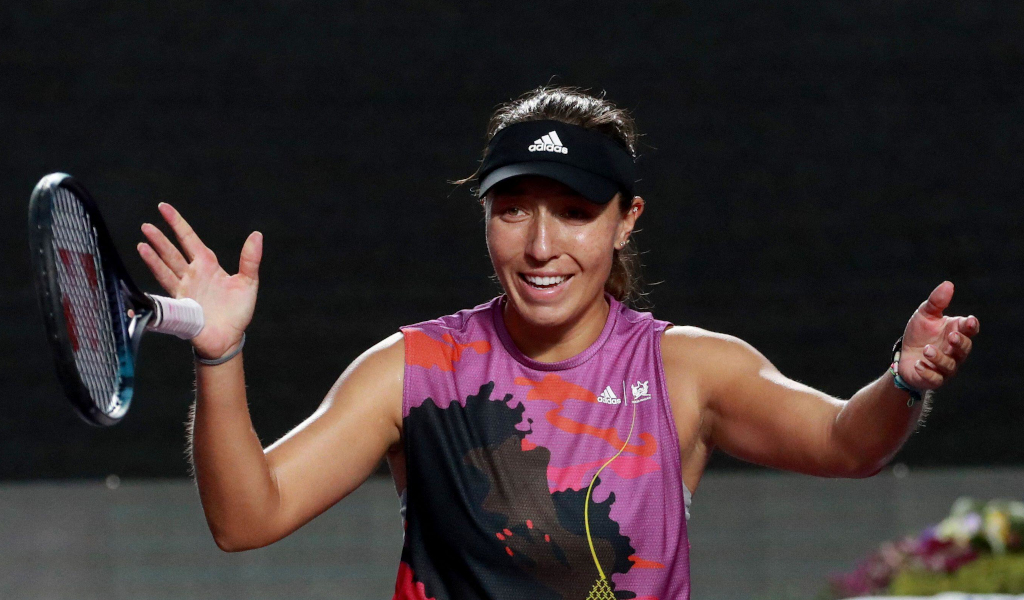 Jessica Pegula comes from a famous family and she has never tried to hide that fact, but she admits it is “a very rewarding, satisfying feeling” that she has made a name for herself in her own right thanks to her tennis accomplishments.

The American is the daughter of Terry and Kim Pegula – owners of the Buffalo Bills National Football League (NFL) team and National Hockey League (NHL) outfit the Buffalo Sabres – and their net worth is reportedly more than $7 billion.

Away from her family’s sporting and business adventures, Pegula has risen through the ranks of the WTA Tour and after one of her best seasons to date, she finds herself competing at the WTA Finals.

The 28-year-old has surged to a career-high of No 3 in the WTA Rankings this year, won the Guadalajara Open and finished runner-up at the Italian Open. She also reached the quarter-final in three of the four Grand Slams.

After years of trying to prove herself, Pegula is now known for her abilities on the court and not her famous family.

“I think it’s always something I’ve had in the back of my mind a little bit, but I think at the same time when I was younger, I would maybe try to prove myself too much. I think that would create more pressure,” she said.

“I think over the years I’ve gotten a lot more comfortable as far as my family or my background and stuff like that. I think maybe taking that pressure off helped me to earn my, I don’t know, accomplishments and have people more recognise my name on the tennis court than not.

“So it’s definitely a very rewarding, satisfying feeling. Especially when a lot of people I know, they know me as a tennis player and, like, a great tennis player, I think that’s always really nice to hear.

“It’s just a testament to all the work I’ve put in and all the hours and the hard work that I’ve had to put in to earn that right. And I always knew that maybe in a way it would almost be harder for me to earn that because that’s not what my family is known for. Maybe other reasons, but I think at the end I’ve kind of, I don’t know, stopped trying to prove that so much.

“In the end I think it came naturally, which is nice.”

Pegula will make her debut at the season-ending WTA Finals in Texas this week and she finds herself in Group Nancy Richey alongside Ons Jabeur, Maria Sakkari and Aryna Sabalenka.

Having started the year just inside the top 20, the American admits she didn’t really give the season-ending tournament much of a thought at the beginning of 2022.

“It’s just more of a reward and a confidence boost for me I think to just show what a great season I have and how consistent I’ve been,” she said. “I don’t think I started the year thinking about making WTA Finals, but I think as the year went on and it became more of a goal, it was something I’m more proud of now that I was able to accomplish.

“So, yeah, it’s a huge honour. I think we’re just all really excited to be here. Again, I think it’s more of a reward for our really great season.

“And I think obviously you want to win, but at the same time to me it feels different because it’s not a tournament. It’s a different format, less players.

“I don’t know. It’s a different… it’s just a different week, but it’s kind of a fun way to cap off the year. So, again, it feels kind of more like a reward I feel like, but an earned reward. So it’s satisfying.”