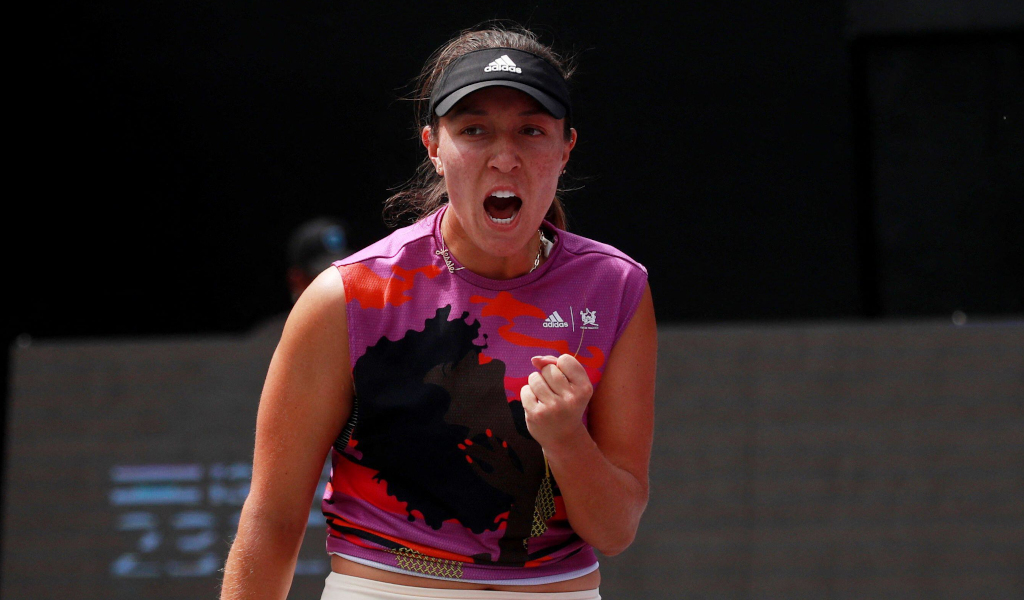 Jessica Pegula came through a tough draw at the Guadalajara Open to capture her maiden WTA 1000 title, defeating Maria Sakkari in straight sets in the final on Sunday.

There were double celebrations for the American as she will rise to a new career-high of No 3 in the WTA Rankings on the back of her run in Mexico.

That run included defeating Wimbledon champion Elena Rybakina in three sets in the second round, two-set wins over former US Open champions Bianca Andreescu in the third round and quarter-finals and a two-set win over former world No 1 Victoria Azarenka in the semi-final.

“All the people I beat, my draw to get here in my opinion was honestly the toughest out of everybody,” Pegula said.

“So I was a little annoyed when I saw the draw come out.

“But the way I’ve been able to manage it throughout the whole week, today handle my nerves and emotions, I’m super proud of myself.”

Sakkari only completed her semi-final against Marie Bouzkova on Sunday due to rain and she never had a look-in in the final as Pegula won 6-2, 6-3 in one hour and 10 minutes.

The American broke in game five and seven and then served out the set to love. She then broke in games three and seven to open a 5-2 lead, but the Greek did get one break back in game eight only for Pegula to break for a third time to wrap up the match.

“Just a lot of emotions, but super excited just to get a big title next to my name,” the third seed said. “That was something I really wanted this year, and I kept saying it was one of my goals, so to be able to accomplish it at the end of the year is really cool.

“I thought I just played really solid, I didn’t really make a lot of silly errors or stupid decisions. I served really smart, I returned well. There were a lot of different points where I had to maybe slice and come in, or serve and volley, or do something different, and I just didn’t panic, I just kind of did what I had to do to win the point, and it was working.”

Pegula will feature in both the singles and doubles [alongside Coco Gauff] at the WTA Finals in Fort Worth, Texas next week while Sakkari will play in the doubles as she became the last player to book her ticket with a win over Veronika Kudermetova in the quarter-final.