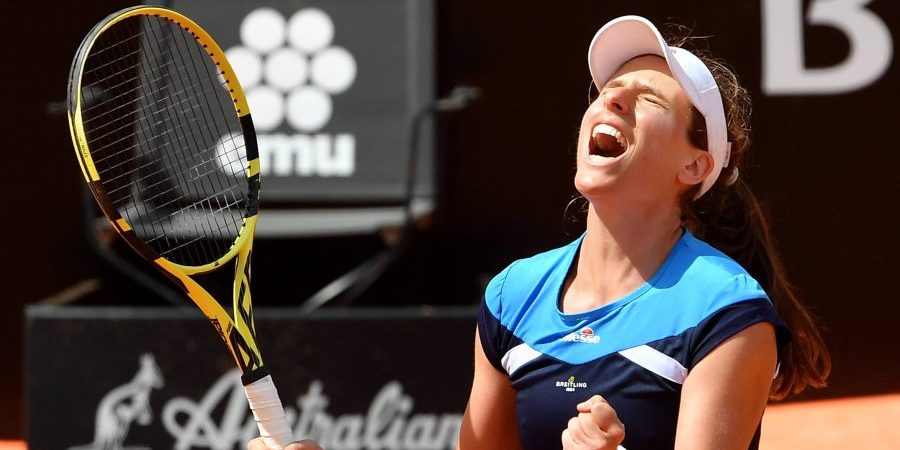 Jo Durie has backed Johanna Konta to eclipse her achievements and win the French Open, providing the can get the best of her nerves.

Durie was the last woman before Konta to make it to the semi-finals at Roland Garros back in 1983, and the last British woman to win it was Sue Barker in 1976.

However, Konta appears to be the woman in form after her outstanding 6-1, 6-4 quarter-final win over Sloane Stephens.

“It was absolutely fabulous, the way she played and went about it,” Durie told the Press Association.

“Her serving was tremendous. She looked totally in the zone.”

The WTA has gained a reputation for surprise winners of tournaments, with the French Open particularly considered to be open to anyone to claim a surprise success.

And, asked there was any reason Konta couldn’t be the latest player to do that, Durie replied: “No reason at all.

“She’s beaten her opponent. They’re going to be nervous because what an opportunity to get to the final of a slam.

“It might be slightly different pressure for her compared to her other semis, but what an opportunity and she’s just got to relish it.

“By the time you get to a semi-final, you’re playing well, you’re feeling good, carry on.”