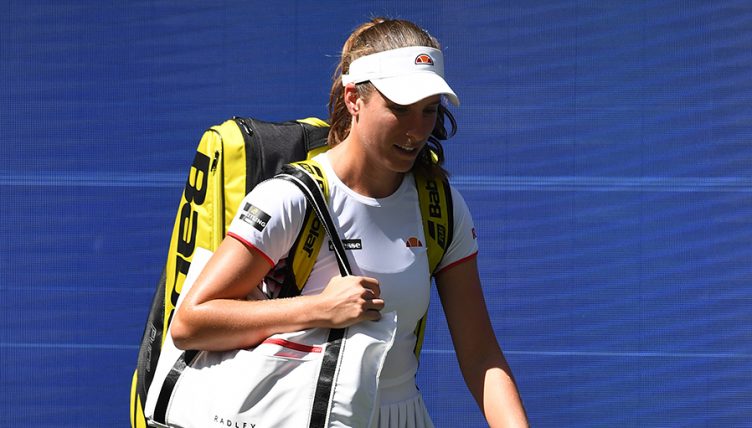 Johanna Konta insisted she had ‘no regrets’ after she suffered more Grand Slam disappointment, this time at the US Open at the hands of Elina Svitolina.

Konta has had a good year at the Slams, reaching the semi-finals of the French Open and the quarters of both Wimbledon and the US Open.

However, a Major final still eludes her after Svitolina powered to a 6-4, 6-4 success.

“I definitely think it’s just, you know, the more opportunities I give myself like this, the more chances I have in going a step further and even more steps further,” Konta said.

“I don’t have any regrets or any hindsight in what I did before or during the match. I think I did a lot of good things.

“I think I can definitely still get better and better, especially against an opponent like today.

“Yeah, no, I can take a lot of good things from this still.”

Svitolina’s win was her fourth successive one over Konta, but it was the quality of the Ukranian’s defence that really made the difference.

“Actually, I didn’t play badly at all. I actually felt like I was doing a lot of good things out there, a lot of the right things.

“Like you observed, I mean, she just made me play that extra ball. I mean, yeah. I mean, it’s frustrating.

“You know, I would have loved to have come through that and come through a challenge like her, but I guess it will just have to be next time.”