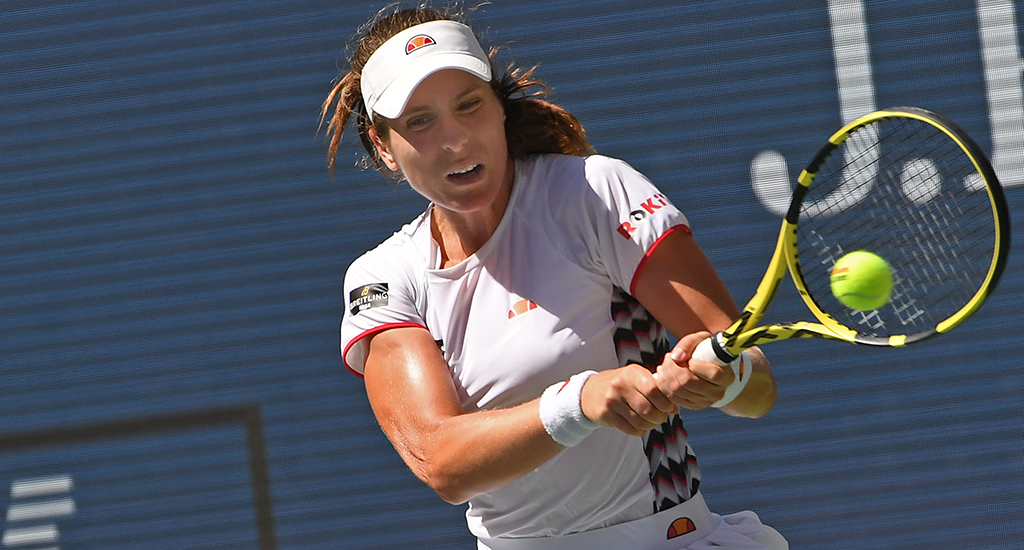 Johanna Konta failed to capture her Grand Slam magic from 2019 as she crashed out of the Australian Open at the first hurdle to to Tunisian Ons Jabeur.

The British number one was seeded 12th but expectations were tempered by the fact she had only played one match since a quarter-final exit at the US Open in early September.

A knee injury curtailed her season and Konta revealed last month that she might not even make the trip Down Under.

She will be heading home a lot sooner than she would have hoped after going down 6-4, 6-2 to world number 78 Jabeur, who has the type of unpredictable game that even a match-tight Konta finds hard to deal with.

Karolína Pliskova is safely through though after she negotiated a tricky opening round match against Kristina Mladenovic.

The second seed made a powerful start to the match, winning the first five games. Mladenovic rallied in the second set, but Pliskova was still too strong and completed a 6-1, 7-6 win.

Elsewhere, Belinda Bencic was in typically efficient form as she downed Anna Karolina Schmiedlová 6-3, 7-5 in her first round match.