Johanna Konta powers into Miami Open second round, but no luck for Victoria Azarenka 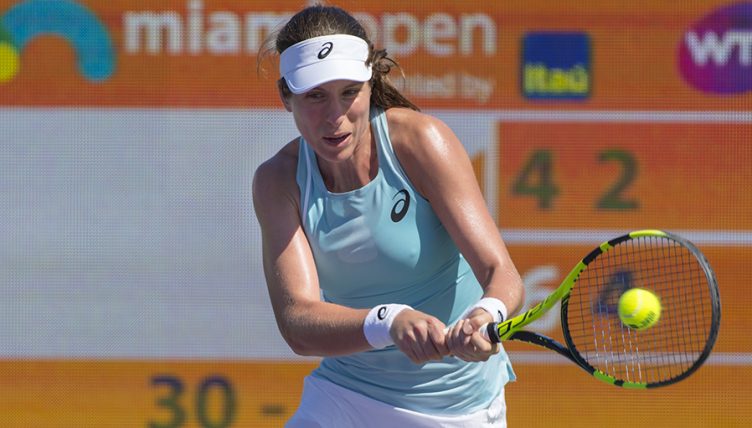 Johanna Konta is safely into the second round of the Miami Open but fellow-former winner Victoria Azarenka has crashed out.

Konta, who is still the British number one despite a wretched yet in 2018, lost her opening service game but still had far too much class for qualifier Jessica Pegula.

The 2017 winner produced some flashes of magic before securing a routine 6-1, 6-4 win to set up a second-round clash with Chinese number 18 seed Wang Qiang.

Azarenka had a much tougher time of it, losing in straight sets to 19th seed Caroline Garcia.

“You don’t really have a choice against someone like Azarenka,” Garcia told reporters after her 6-3, 6-4 win.

“Maybe she’s not playing as she was when she was number one, but she’s a great player.

“I saw the match when she played against Serena [Williams] in Indian Wells, it was a very impressive match from both of them.

“I have to play my best, and that’s what I’m trying to do when I play against her.

“It was a two-set match, but it was really tight, I think. It was just turning around a few points.”