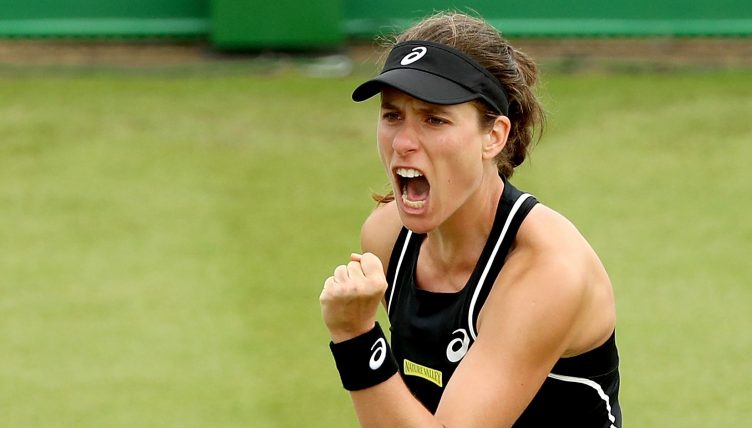 Johanna Konta reached her first semi-final last-year’s Wimbledon with a 6-4 6-2 victory over Dalila Jakupovic in Nottingham.

The British number one has quickly found her stride on grass after a disappointing season to date, and proved too good for Jukupovic.

Konta will now Croatian Donna Vekic, who beat her in last year’s final.

“It was very tricky out here, quite windy, and I’d never played her before,” said Konta.

“The most important thing is that I’m competing well and fighting for every single point.

“I’m definitely enjoying getting more matches under my belt and we’ll work towards getting another one.”

“We’ve (her and Vekic) had some incredible battles, especially the last two times. She’s playing very well on this surface.

“I’m looking forward to the challenge, it’ll be a great test for me to keep competing the way I have and keep raising my level.”

British number four Katie Boulter was making her first appearance in a WTA Tour quarter-final but found top seed Ashleigh Barty too good, though, with the Australian cruising to a 6-0 6-2 success.