Johanna Konta on new coach Thomas Hogstedt: ‘Very much a work in progress’ 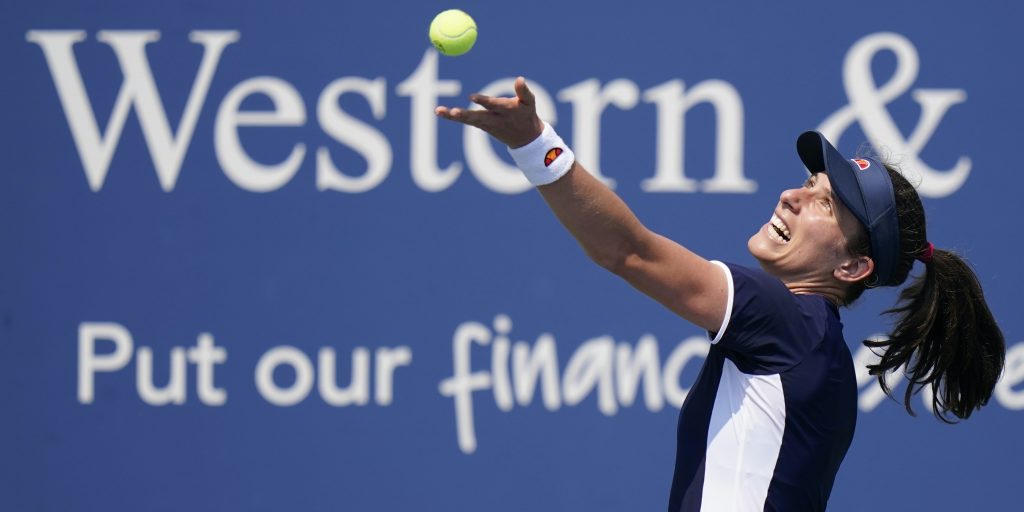 Johanna Konta is excited to be working with her new coach Thomas Hogstedt as the pair take the first steps of their partnership.

Hogstedt, who has previously worked with Maria Sharapova, Caroline Wozniacki and Victoria Azarenka, was hired by the British number one following her split with Dimitri Zavialoff.

And he looks to be having an early impact as Konta breezed through to the quarter-finals of the Western & Southern Open in New York with a 6-4 6-2 ,win over Russian Vera Zvonareva.

Hogstedt has delivered plenty of grand slams to his previous players and Konta hopes to get the benefit of that experience.

“Obviously it’s still very early days,” she said. “I mean, this is the third week I have spent with him.

“So in terms of what he’s bringing to the table, I think it’s very much a work in progress. I think we are still trying to figure out on how we work together.

“I’m listening intently to him on kind of his view on things, on court for me and just in general. So I’m enjoying that progress of just getting to know each other for now.

“But I think right now when the name came up with Thomas being available, that was exciting for me, and so that’s why we are here where we are right now.

“To be honest, I’m taking it kind of day by day, and I’m enjoying getting to know him now. I have a lot of respect for him. He’s had a lot of success with a lot of players.

“Obviously that’s going to be for a reason, but it doesn’t always guarantee that obviously certain people match up well. I think I’m giving it every opportunity for it to work out well, and I don’t see why it can’t.

She was always in control against Zvonareva, serving with power and accuracy while also peppering a collection of forehand winners.

Konta has just dropped eight games in her two matches and with a number of the top seeds already out, she will be a title contender, eyeing up a fourth WTA tournament win.