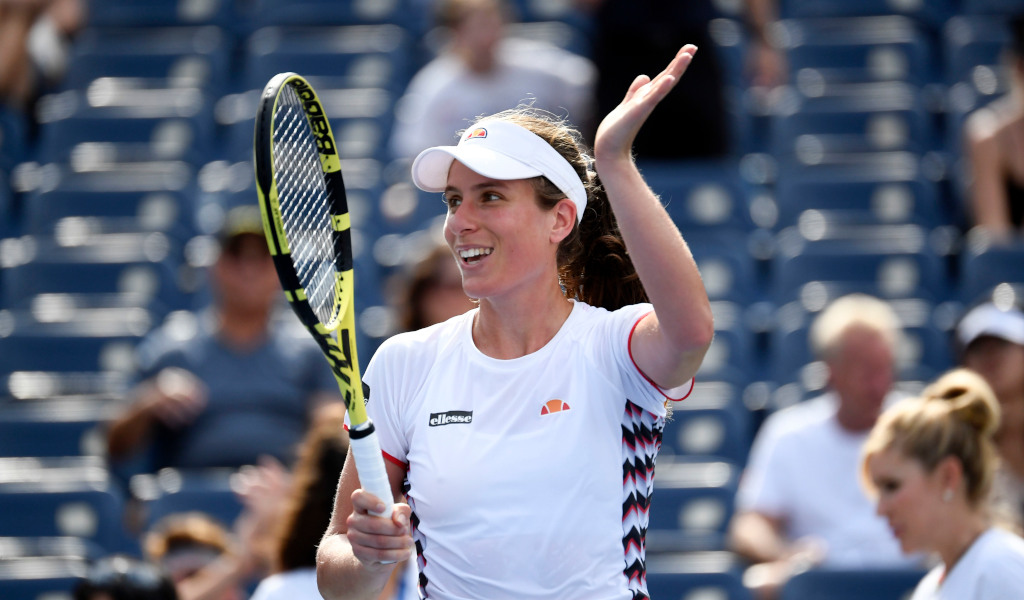 Johanna Konta came back from the brink as she saved two match points to edge out Anastasia Potapova and reach the semi-final of the Monterrey Open.

Having made three consecutive first-round exits this year, Konta finds herself two wins away from the title as she battled to a 6-7 (6-8), 6-3, 7-6 (9-7) win in difficult conditions in Mexico.

The Russian teenager broke in game four of the deciding set and had a match point at 5-4 as she was serving for the match, but Konta saved it and then got the break back.

It went to the tie-breaker and Konta initially had the edge as she had two match points, but this time Potapova stood firm and the Russian won three points in a row to set up a match point of her own.

But Konta saved it again and the British No 1 won the final three points to wrap up the match.

“I think the scoreline is quite obvious, it was an incredibly tough match,” she said. “Very tough conditions out there, it was very windy, very blustery, so it made it extra difficult for both of us to play, really. But I think overall, both of us played at a great level, we played a very exciting match for everybody who was there watching.”

Konta will take on Marie Bouzkova from Czech Republic for a place in the final after the ninth seed beat the eighth-seeded Wang Yafan of China 6-2, 7-5.