End of the road for former British No.1 Johanna Konta as she retires from tennis 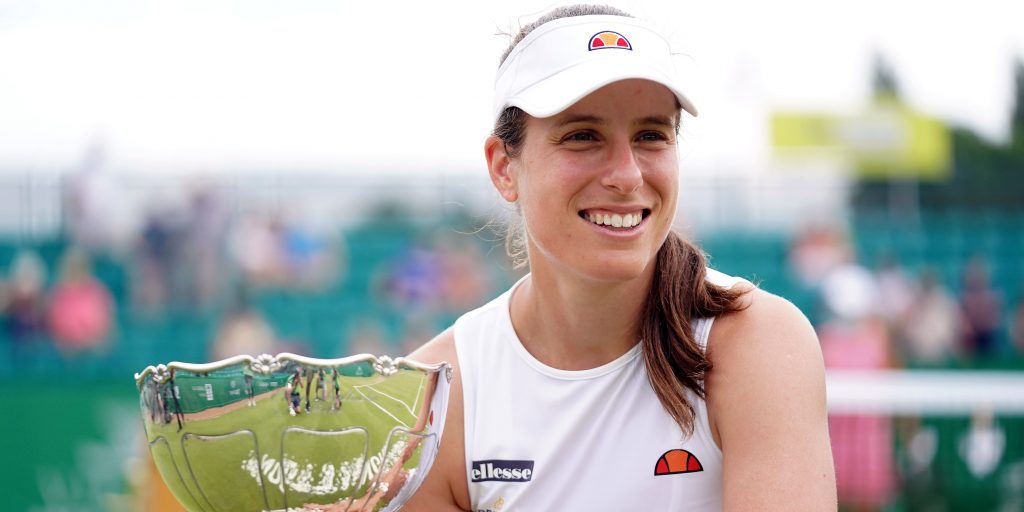 Johanna Konta has announced her retirement from tennis, with the former British No.1 walking away from the sport at the age of 30.

The 30-year-old has struggled with a persistent knee problem over the past couple of years and has slipped to 113 in the rankings.

Konta made the announcement on social media with a post headed ‘Grateful’.

A little update from me 👋 pic.twitter.com/L1tpjDHW1o

“My playing career has come to an end, and I am so incredibly grateful for the career that it turned out to be. All the evidence pointed towards me not ‘making’ it in this profession.

“However my luck materialised in the people that came into my life and impacted my existence in ways that transcended tennis.

“I am so incredibly grateful for these people. You know who you are. Through my own resilience and through the guidance of others, I got to live my dreams. I got to become what I wanted and said as a child. How incredibly fortunate I count myself to be. How grateful I am.”

Born in Australia to Hungarian parents, Konta moved to Europe to pursue her tennis career as a teenager, settling with her family in Eastbourne and becoming a British citizen in 2012.

A relatively late developer, Konta’s emergence at the top of the game began in 2015, and the following year she reached her first grand slam semi-final at the Australian Open and climbed into the top 10.

Her best season was arguably in 2017, when she became the first British player since Virginia Wade to make the semi-finals at Wimbledon, won the biggest of her four career titles at the Miami Open and peaked at fourth in the rankings.

Konta slipped down the rankings in 2018 but was resurgent the following year, making another grand slam semi-final at the French Open as well as quarter-finals at Wimbledon and the US Open.

Despite her achievements in reaching the game’s top 10, Konta will head into retirement with little fanfare in the UK as she always struggled to build a relationship with fans in her homeland.

Her uncomfortable media appearances and persistent injury problems made it tough for the British public to warm to and she pulled out of Wimbledon last summer after contracting Covid-19 and later stated her reluctance to take a vaccine.

“This is a tricky thing to talk about because it’s a very inflammatory subject and there’s no real right answer,” Konta said earlier this year.

“I don’t want to talk about it because I wouldn’t be able to get my point across without it being a case for argument.”

That stance would have made it impossible for her to compete at the Australian Open in January, where a vaccine mandate for all players will be enforced.

Yet tennis is no longer the priority for Konta, with her retirement announcement brought forward after suggesting last year that she would play in 2022.

“I am looking forward to competing and see myself definitely playing another season after that,” said the player who has earned over $10million in prize money. “Then I am going to listen to my body, listen to my heart and soul, see where I am in my life.”

Now it seems her passion for tennis has faded and Konta can head into retirement proud of her achievements in the sport, with many wondering whether this complex character could have claimed at least one of the Grand Slams that she came so close to winning.