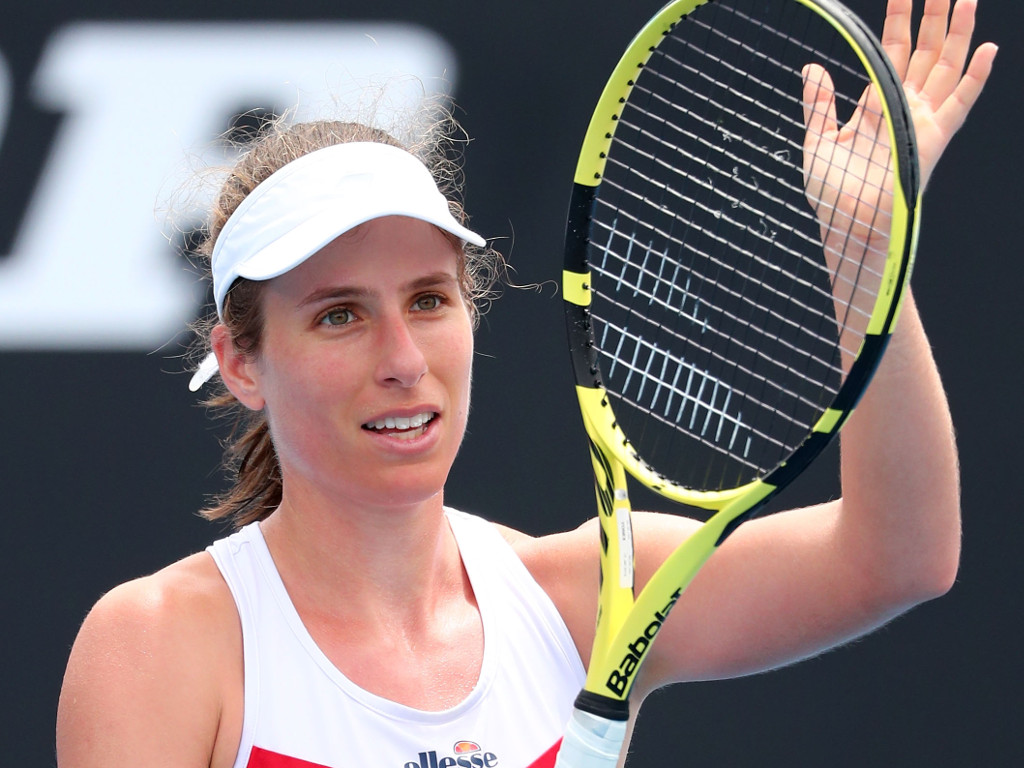 Johanna Konta offered some welcome relief to British tennis fans as she can through a titanic three-set match to see off Australia’s Ajla Tomljanovic in Melbourne.

British hopes were dented on Day One of the Australian Open as Andy Murray and Kyle Edmund both crashed out.

However, the women are still going strong as Konta joined Katie Boulter in the second run.

Although Konta lost her opening service game, she fought back to take the first set to a tiebreak with a flying backhand handing her two set points.

It was more of the same in the second as the World No 37 lost four games on the trot to hand her opponent the second set, taking the match to a decider.

Konta missed four opportunities in the opening game as both rallied hard under the blazing Melbourne sun.

Taking the third to a tiebreak, Tomljanovic seized the initiative with a few badly placed drop shots from her British rival.

However, errors of her own saw it level at 7-7 before Konta grabbed the mini break and sealed the match with a superb cross-court forehand into the ad corner.