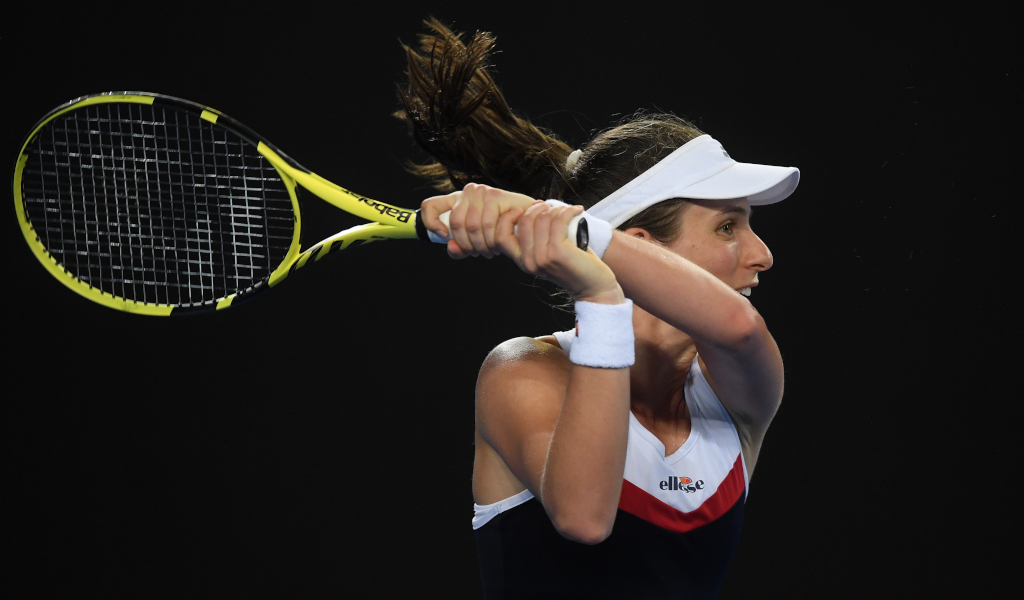 It was a bit of a crazy weekend for Johanna Konta as she played in her first-ever clay final in Rabat and then just over 24 hours later she played in the Madrid Open.

The British No 1 took on Maria Sakkari in the Morocco Open on Saturday afternoon, but she went down 2-6, 6-4, 6-1 against the Greek.

It was a pretty successful week for Konta though as it was the first time that she had claimed more than two WTA Tour wins in a row on clay, while it was also her first final in more than 10 months.

However, she didn’t have much time to let her heroics of the week sink in as she had to get on a flight to Spain as she was due to compete in the Madrid Open first round on Sunday.

Konta, though, managed to make light of the nightmare schedule as she beat American Alison Riske 6-4, 6-1 in one hour and 14 minutes.

“It was quite a long day for me yesterday [Saturday],” she said. “I got a 9pm flight which arrived here coming up to 11.30pm. Got to bed about 1.30am. Then came out here, hit for half an hour and here we go.

“It was a super quick turnaround, actually the quickest I’ve experienced. But in saying that I was actually looking forward to the challenge of it. It was really not easy, the conditions in Madrid are very different to Rabat. Overall, I thought I handled myself quite well out there and I’m just very happy I competed as well as I did.”