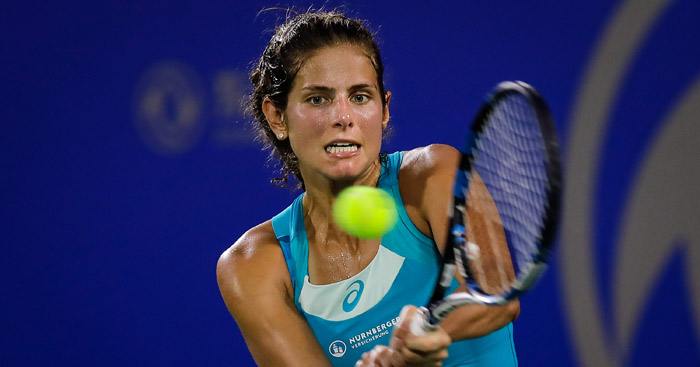 The fifth seed was just too much for the Russian as she cruised to an ace-filled 6-4 6-3 success.

US Open runner up Madison Keys also booked her place in the last four although she was made to work hard over three sets by Bernarda Pera.

Keys will face Kiki Bertens in the semis after she overcame Alize Cornet in straight sets.