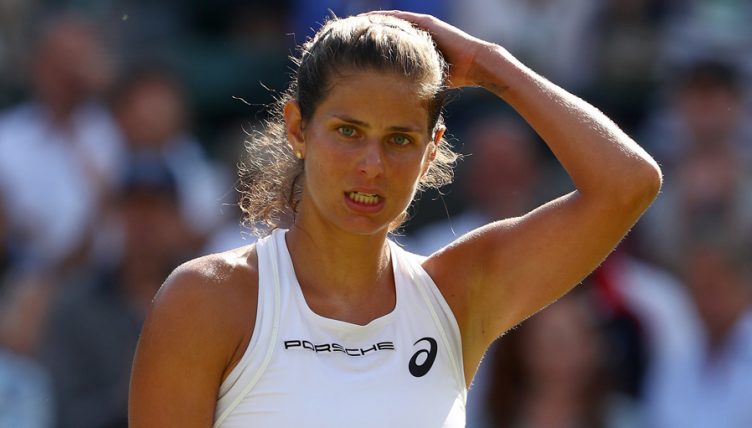 Top seed Julia Goerges is out of the Moscow River Cup at the quarter-final stage after losing to Olga Danilovic.

The German, who reached the Wimbledon semi-finals this year, cameinto the last-eight clash with some dominant form behind her in the competition, but sank to 6-3 6-3 defeat.

It was Danilovic’s first win against a top ten ranked player, and the 17-year-old couldn’t hide her delight afterwards.

“Every win here is important, especially since I played with one of the top players in the world right now,” Danilovic told the WTA website.

Thank you @moscowrivercup for the great time, the warm welcome, the nice hospitality and all the work your whole team put into this event. Team Jule had a really good time… I am sure we all see eachother again #teamjule @netkrizisa @wta pic.twitter.com/fUDZNmXMx2

Anastasija Sevastova, the last remaining seed, is now all that stands between Danilovic and a maiden WTA Tour final after she enjoyed a quarter-final walkover.

Anastasia Potapova will contest the other semi-final after she came from a set down to beat Valentyna Ivakhnenko 1-6 6-3 6-2.