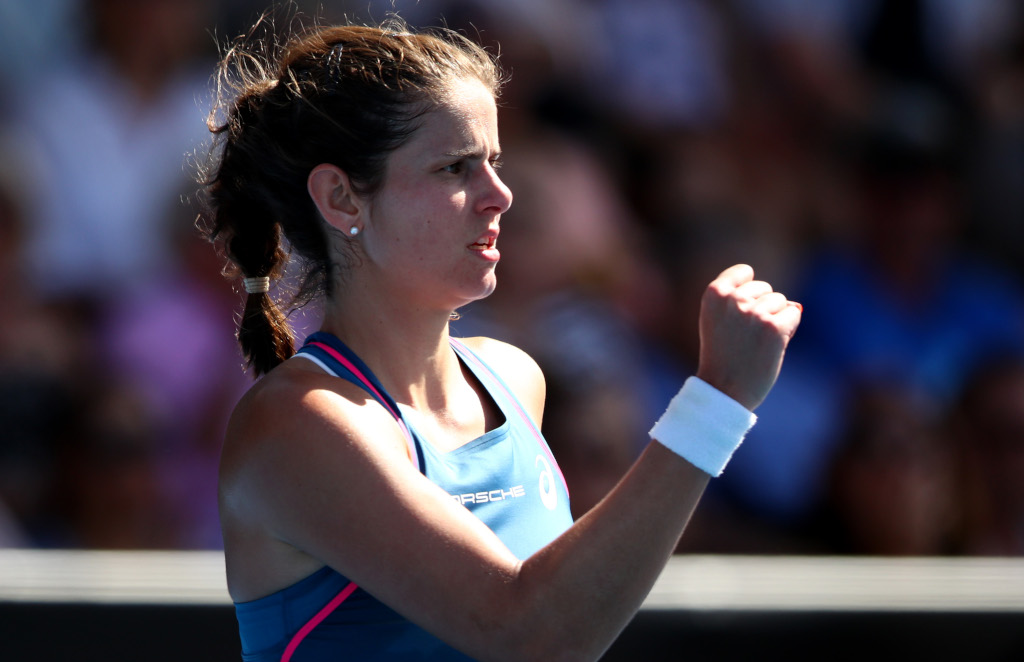 Julia Goerges remains on course to successfully defend her ASB Classic title after coming through a tough encounter against Eugenie Bouchard.

The second seed didn’t have it all her own way as she lost the opening set against the former Wimbledon finalist before bouncing back to win 3-6, 6-3, 7-6 (8-6) in two hours and 31 minutes.

What a matchpoint from @juliagoerges!

Georges saved a match point in the third set before forcing a tie-breaker.

“I think this was one of the toughest matches I’ve ever played, and probably the toughest here in Auckland,” the German said after the match.

“The winds today were swirling around, coming suddenly and then gone. Chairs flying around, hats, everything. But you cannot do anything about it, you just have to accept it and stay positive about it.”

Goerges will face Viktoria Kuzmova in the semi-final after the Slovak beat American Amanda Anisimova 6-3, 2-6, 6-4.

The teenage qualifier had already claimed the scalp of Caroline Wozniacki earlier in the week and she followed it up with a come-from-behind win over Williams as she won 11 consecutive games following the early-set setback.

Another former World No.1 bites the dust!@bandreescu_ takes out Venus Williams in Auckland, 6-7(1), 6-1, 6-3!@ASB_Classic pic.twitter.com/LrzOaD9OnH

The 18-year-old Canadian, who will play in her first WTA Tour semi-final, will take Hsieh Su-Wei for a place in the final after the third seed beat Sara Sorribes Tormo 6-3, 6-2.