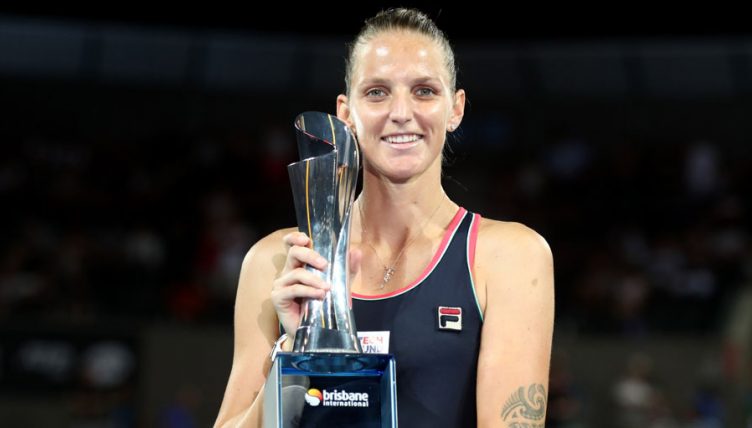 Former world number one Karolina Pliskova battled back from a set and a break down to win the Brisbane International for the second time.

The Czech star struggled badly early on, and opponent Lesia Tsurenko actually served for the match in the second set.

“I felt so far away from playing good tennis tonight,” Pliskova, who needed a pep talk from coach Rennae Stubbs to regain her composure, said.

“I think everything was against me today. I felt there is no chance I can win.

“Rennae said ‘I am absolutely sure you can win this match,’ which gave me some confidence and belief that I can do it.

“I just tried to change the things around a little bit and believed I was going to get a chance.

“I felt I was getting better with the time.”

In winning the event, Pliskova earned herself a slice of history by joining Victoria Azarenka and Serena Williams as the only women to win multiple Brisbane titles.