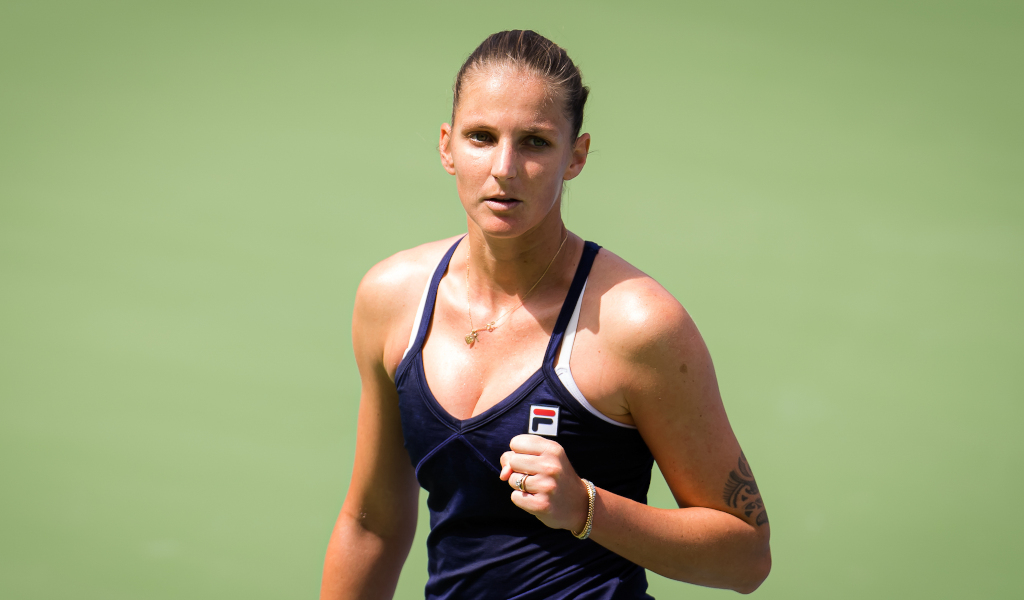 There were massive wins for Karolina Pliskova and Anett Kontaveit on the opening night of the WTA Finals with the former admitting the victory has eased the pressure on her.

After edging the first set with two breaks to one, Pliskova lost her way in the second set as the Spaniard broke twice to take it to a decider.

The third set took an hour and 15 minutes to complete with the duo sharing two break points early on before Muguruza saved two match points in game 10.

The tie-breaker was a real humdinger as both players struggled on serve and Pliskova managed to get the job done on her second match point.

“Honestly I think it’s huge because, of course, you can relax a bit more,” the Czech said. “It’s not like you can lose the next match. Of course, nobody wants to lose any match. But it’s like, okay, you have at least that one win, there’s not such a pressure that you need to win every other match.

“If I just lose this match tonight, I think I’m gone because it was big, having couple match points, breakpoints there, I was so close to making it even before the tiebreak. Then, of course, I was quite close to also losing it.”

In the second game in Group Teotihuacán, Kontaveit continued her good form with a 6-3, 6-4 win over French Open champion Barbora Krejcikova.

The Estonian, who secured her place in the season-ending event by winning the Kremlin Cup and Transylvania Open, broke once in each set to make it 11 wins in a row.

“I’m definitely very thrilled to get the win, it was a very tough match,” Kontaveit said. “I think I managed to win a lot of points on my first serves once they actually went in.

“During the summer I was on a bit of a losing streak, then I started working with Dmitry [Tursunov] and was really hoping to get a few wins. I managed to win Cleveland, then it just sort of started rolling from there.

“I’ve been believing in myself a little bit more, and the game definitely has clicked from just getting more wins and playing a lot of tennis and really feeling comfortable, enjoying playing tennis.”