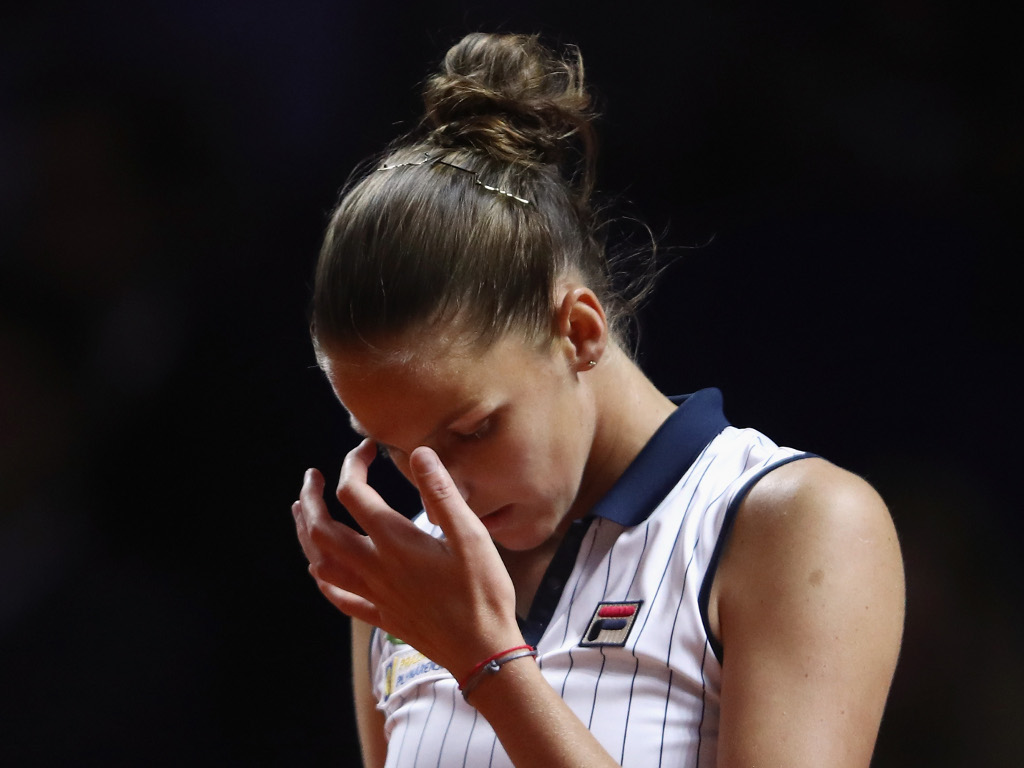 Karolina Pliskova has been fined by the WTA after she smashed her racket against the umpire’s chair.

The Czech lost her cool following a poor call from a line official during her third-round match against Maria Sakkari at the Italian Open.

A smash was called out and even though replays showed it was in, chair umpire Marta Mrozinska didn’t overrule the call and Pliskova went on to lose the match in three sets.

She refused to shake hands with Mrozinska after the match and then smashed her racket a couple of times into the umpire’s chair.

Although the WTA Tour doesn’t reveal sanctions in public, Pliskova’s fiance and manager Michal Hrdlicka confirmed on Twitter that she had been fined while she will also donate the same amount to a charity.

He wrote: “Karolina was fined by the WTA and accepted the fine. She has also decided to send the same amount from her endowment fund for a good cause. It’s a four-digit amount.”