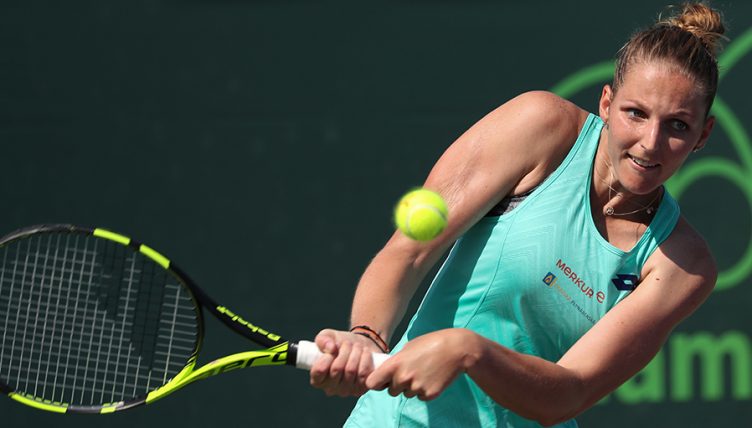 Karolina Pliskova moved into the final of the Italian Open but admits she is wary of Johanna Konta’s resurgent form ahead of the clash.

Konta has struggled over the last year and slipped down the rankings, but has looked a lot more like her old self in recent weeks, and Pliskova is expecting a tough match-up.

“I think she [Konta] is improving now, so she’s for sure back at the level where she was.

“Of course she’s final in this tournament, so she has to play good tennis.

“Last couple weeks I felt like she was playing well, I don’t know where, but I think she was winning quite lot of matches.

“Of course, she’s going to be confident. I’m going to be the one with the papers who should win, and also the head-to-head is much better for me.”

On the match against Sakkari, Pliskova added: “I’m still not feeling like I would be playing the best tennis.

“[But] super happy because I didn’t feel, not even before the tournament, not even during, that I’m playing amazing.

“I’m in the final. Especially in this tournament, it means quite a lot to me because I never played well.”