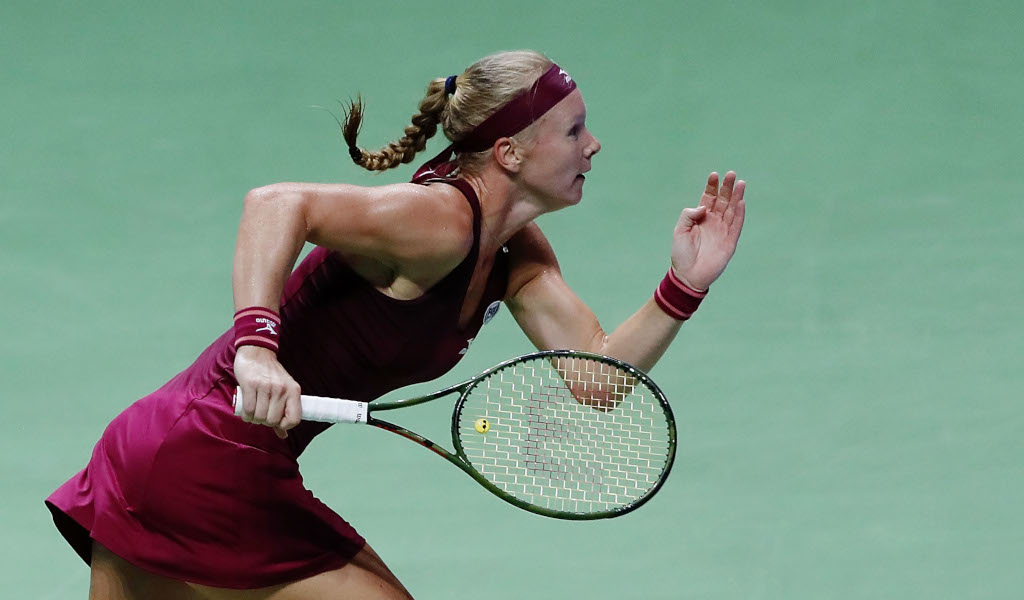 Kiki Bertens looked set for an early exit from the Qatar Open, but then she got her act together and held off Camila Giorgi.

The fifth-seeded Bertens was all over the show as Giorgi bagelled her in the opening set, but she bounced back to come out on top of the 0-6, 7-6 (9-7), 6-4 encounter in just under two hours.

On the back of her first-set disaster, Bertens found herself two points from defeat as the Italian was 5-1 up in the tie-breaker, but she won nine of the final 10 points to take it to a decider.

Even in the third set she found herself 4-3 down, but won the final three games to reach the second round where she will face Carla Suarez Navarro, who was a 6-3, 6-1 winner over Ons Jabeur.

Ninth seed Julia Goerges had no such problems as the German eased past Ajla Tomljanovic from Australia with a 6-2, 6-2 win.

Seventh seed Anastasija Sevastova was the biggest casualty as the Latvian suffered a 7-6 (7-5), 6-4 defeat at the hands of Anna Blinkova.