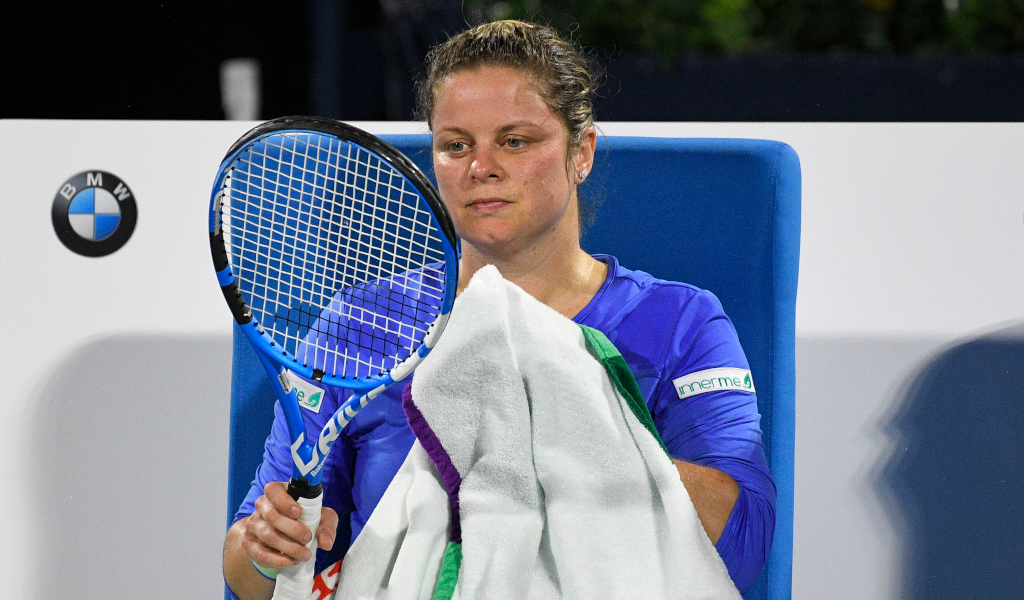 There were moments of inconsistency during her BNP Paribas Open defeat to Katerina Siniakova, but Kim Clijsters says she never expected a “smooth ride” during her latest comeback.

Siniakova dominated the first set with three breaks, but the former world No 1 returned the compliment in the second set with a triple break of her own.

Two breaks in the decider set up the win for Siniakova, who enjoyed the match.

“It was really special,” the world No 53, who faces Angelique Kerber next, said. “I was actually looking forward [to this], because I remember when I was young, and I was watching her play, and she always did amazing. So it’s unbelievable I could stay with her on the court.”

Clijsters, meanwhile, has lost all five her matches since returning to competitive tennis, but the Belgian feels there is progress.

“Last week in Chicago, I started off well, but had a few games where I just really wasn’t into the match,” she said. “Here too, just looking for my rhythm, my anticipation again, reading my opponents, getting used to playing on a bigger court again, a lot of different things. I fought my way into the match well in that second set, and I kind of put her under pressure a little bit better.

“I think overall, there’s definitely moments where I’m feeling really good out there, and there’s moments where I feel too inconsistent. That’s part of this process in general, it’s not going to be a smooth ride, and that’s what I’m going to try to improve every time I’m out there.”

Wimbledon quarter-finalist Alja Tomljanovic reached the second round with a 6-0, 6-2 win over Usea Arconada from the United States and she will face fifth seed Garbine Muguruza next.

Caroline Garcia set up a clash against teenager Coco Gauff with a 5-7, 6-4, 6-0 victory over Belgian qualifier Kirsten Flipkens and while Anastasija Sevastova defeated Polona Hercog 3-6, 6-2, 6-0 to secure a second-round encounter against 12th seed Ons Jabeur.