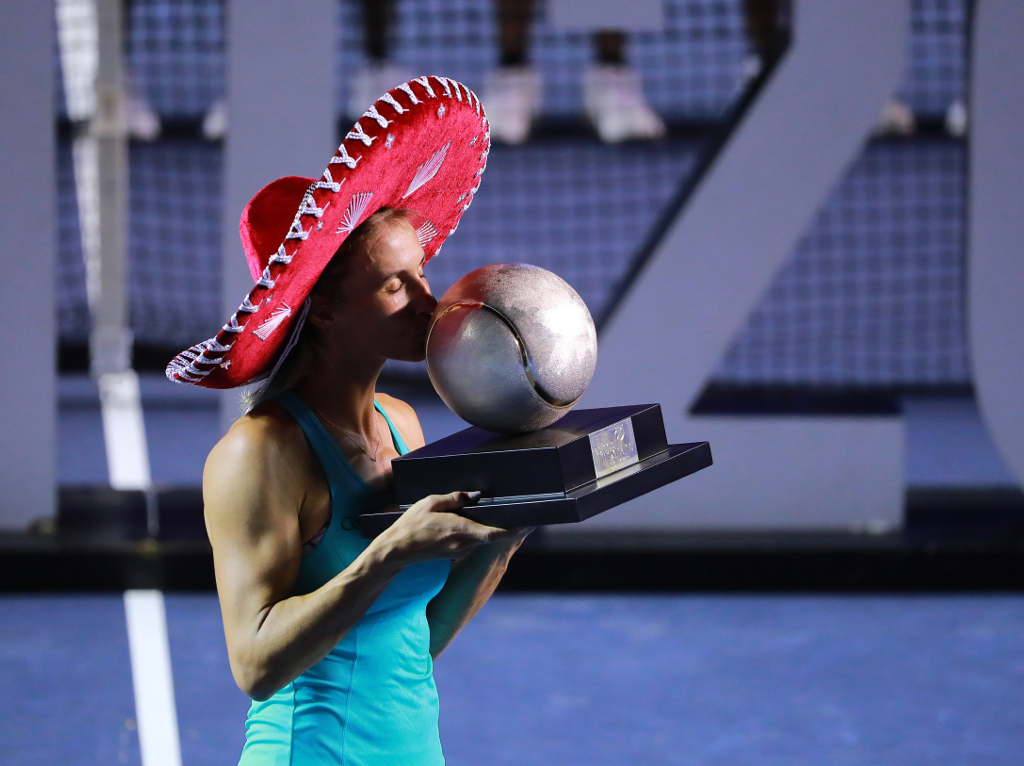 Lesia Tsurenko made it back-to-back Mexican Open titles as she staged a great comeback to defeat Stefanie Voegele.

The Ukrainian claimed her fourth career title with a 5-7 7-6 (7-2) 6-2 victory, but it was anything but easy as she was three points away from defeat at one stage.

Voegele, playing in her first WTA Tour final, claimed the decisive break in the 13th game of the opening set, but both players struggled on serve in the second set as there were six breaks of serve.

The Swiss player, though, did have her moment as she was 6-5 ahead and had Tsurenko 0-15 in the 12th game, but the world No 40 stormed back to take the tie-breaker and was then too good in the deciding set.

“For me, the whole match was mental,” the 28-year-old winner told WTATennis.com. “I was feeling very tight in the beginning. Nothing really worked, especially not the serve, which isn’t my favorite shot. I just said to myself that I had to relax and fight until the end.”

She added: “In the past, I was working too much and not relaxing enough. I’m trying not to overdo it in practice, and I’m working more with a physical therapist. I think that works well with me because I feel better than ever now.”