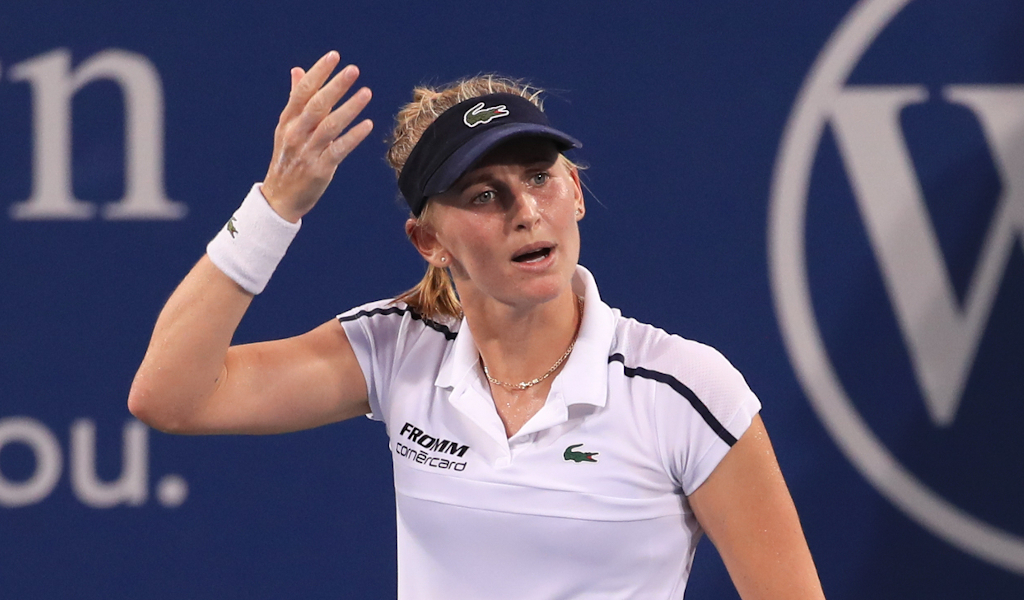 It has been a tough year for Jill Teichmann, but things finally clicked for the Swiss at the Western & Southern Open as she stunned Naomi Osaka in the third round.

The world No 76 has struggled with injury and form as she last made it past the third round of an event in March, but she finds herself in the quarter-final in Cincinnati.

Teichmann overcame a nightmare start to claim the biggest win of her career as she defeated four-time Grand Slam winner Osaka 3-6, 6-3, 6-3 in just over two hours.

Osaka raced into a 3-0 lead with two breaks, but Teichmann got one break back only for the second seed to wrap up the set with a third break in game nine.

The tide turned in game five of the second set as the Swiss broke before getting a second break in game nine.

The decider was topsy-turvy as Osaka broke in the opening game but Teichmann won six of the remaining seven games as she broke three times.

“I knew she’s a very tough opponent. She’s a Grand Slam champion. I’m the underdog, so… my plan was to just play my game,” Teichmann said after the match.

“I move very good, I change up everything I can – directions, height, everything – and I think she didn’t really feel very comfortable about it, and I served very good.”

She added: “Literally, I’m shaking right now. I’m very, very happy with this win. I’ve had a very tough year: I started very well and I’ve had many, many injuries. But I felt like I’ve had a good level and I’m happy it’s working out now.”

Up next is an all-Swiss clash after 10th seed and Olympic gold medallist Belinda Bencic advanced to the last eight when Karolina Muchova retired because of injury while trailing 7-5, 2-1.

The winner of that clash will face either fifth seed Karolina Pliskova or Paula Badosa in the semi-final.