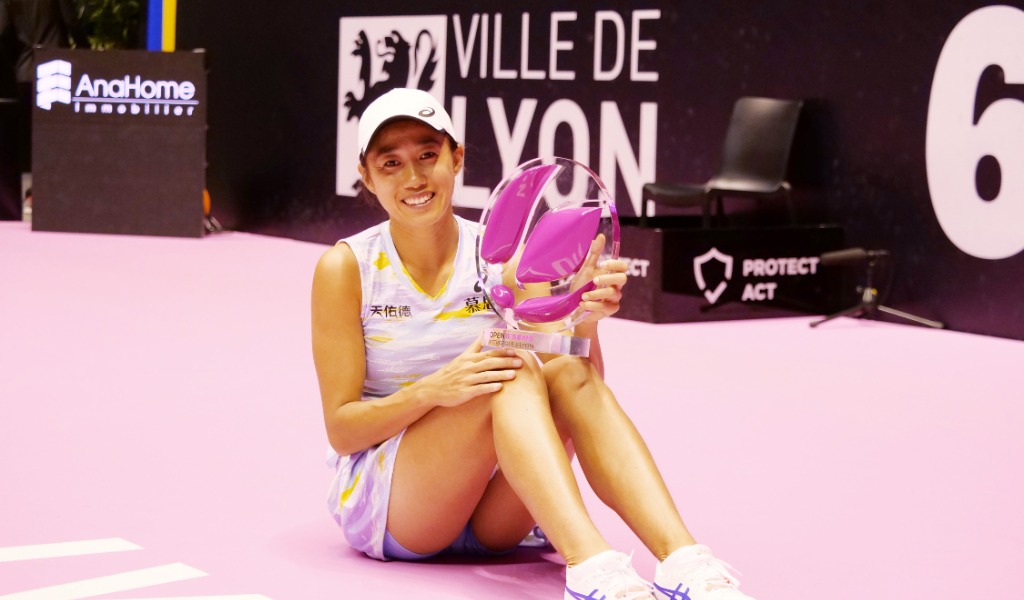 China’s Zhang Shuai beat Ukrainian Dayana Yastremska in the final of the Lyon Open yesterday to win her third career title, and her first in five years.

Zhang had to come from a set down and break twice in the deciding set to come away with a 3-6, 6-3, 6-4 victory which was achieved in just one hour and 46 minutes.

Yastremska started out by showing why she’d had such a successful week in the tournament and her aggressive shot-making did the trick yet again as it gave her a one-shot lead, but she couldn’t withstand her opponent’s great comeback game.

It was incredible week in @Open6emeSensML ,what a fantastic organization and people who really focus to made the young tournament growing stronger .
Thank you Lyon !! pic.twitter.com/YEH6t5hvp0

The 33-year-old from Tianjin fought back to take the second set and therefore level the match and even though her Ukrainian opponent broke Zhang twice, this wasn’t enough to turn the match back in her favour and the Chinese player won.

This has added to Zhang’s title tally, but Yastremska has extended her now three year hunt for her fourth career title.

21-year-old Yastremska is from Odessa, Ukraine and had to flee her war-torn country last week with her young sister, leaving behind her mum and dad, in order to play in this competition, and she has pledged to donate her prize money to her country, something Zhang acknowledged after the tie.

“Big congrats to Dayana and her team, working so hard, I know it’s a tough time for you but you are a fighter, you play unbelievable tennis, you are the best, for sure you will win a lot of tournaments – keep going,” the world No 41 revealed.

“An incredible week, very high quality match in the final, I saw Yastremska grow up over the last three or four years, she’s already won many tournaments, she plays so well, very powerful, so I was really focussed on myself today.

Due to their performances in France and managing to either make it to the final or win the tournament, both players have risen in the rankings.