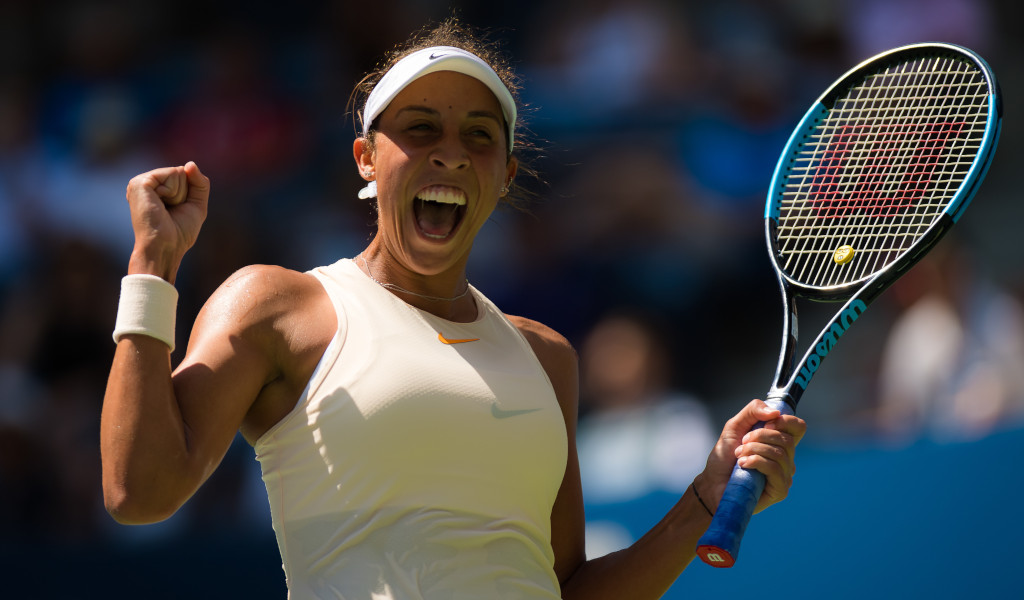 Madison Keys is finally on the scoreboard in the head-to-head battle against Sloane Stephens after she beat the former US Open winner at the Volvo Car Open.

Stephens had won their previous three encounters, but Keys got the better of her friend in the quarter-final in Charleston with a 7-6 (8-6), 4-6, 6-2 victory in over two hours.

Moves into the @VolvoCarOpen semifinals! pic.twitter.com/ehwnYnbl7T

Both players struggled on their serve as there were 13 breaks in total, but Keys managed to get her act together in the decider as she broke three times.

“It’s always hard to play a friend, so on that side of it you’re obviously not going to be saying ‘come on’ in each others’ faces or anything like that,” she said. “But, I mean, we’ve been friends forever. So if she circles a mark and says it’s out, I’m going to believe her.”

She will face Olympic champion Monica Puig for a place in the final after the Puerto Rican beat American Danielle Collins 6-3, 6-2.

The other semi-final will see former world No 1 Caroline Wozniacki up against Petra Matric.

Fifth seed Wozniacki produced some of her best tennis this year as she downed Maria Sakkari 6-2, 6-2.

Her 💪says it all!@CaroWozniacki wins the match over Sakkari, 6-2, 6-2. #VolvoCarOpen pic.twitter.com/kplgjW0if6

“It’s definitely going to be tough. She’s playing well,” Wozniacki said of a Croatian opponent. “She’s been playing well on this surface and this tournament so far. We practiced earlier this week. She has that big kick. She has a good serve, forehand, likes to run around it, mix it up with the backhand. So I need to be ready from every point.”